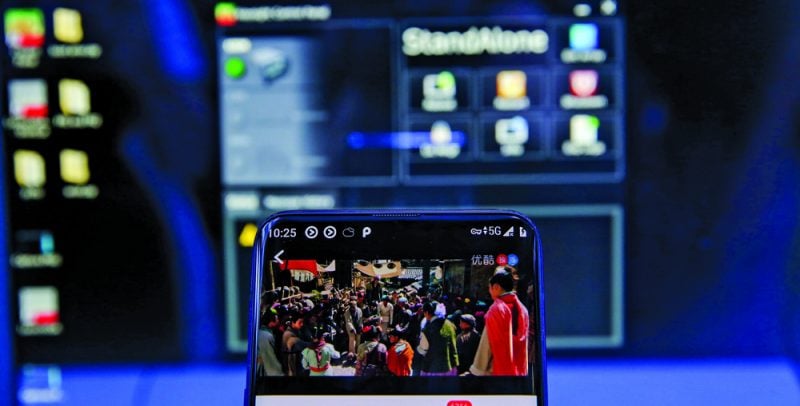 Chinese smartphone developer OPPO announced that it is teaming up with UAE telecoms operator Etisalat to conduct the “first” 5G smartphone test in the GCC region.

OPPO will test its 5G smartphones with Etisalat’s 5G network to check whether the user experience reaches the level required for commercial use.

“While the underlying 5G network infrastructure is vital to a connected future, the capacity of super-powerful 5G networks only matters when people can leverage these benefits in their everyday lives,” said Andy Shi, president of OPPO Middle East and Africa.

“This makes the pivot to 5G all the more important to our industry.

“This year is the first of 5G commercialisation and is set to be a game-changer that revolutionises the smartphone industry,” he added.

Khaled Elkhouly, chief consumer officer, Etisalat, said: “Etisalat’s infrastructure can enable 5G connectivity today for all fixed and mobile devices expected to be launched in the first half of this year.”

According to experts, 5G is expected to connect to a network that is 20 times faster than our current wireless networks.

It is expected to help achieve Internet of Things (IoT) and further the development of “cognitive intelligence” and AI.

Earlier this year, Etisalat revealed that it is building 600 5G sites across the country as it prepares to launch 5G services for consumers later this year.

As part of the new infrastructure there will be 300 5G towers built in the first half of the year, as the telco readies itself for the roll-out of the next generation of mobile technology.

Read: Etisalat will have UAE ‘ready for 5G’ this year

A report by Ericsson found that 5G is expected to reach 30 million subscriptions in the Middle East and Africa (MEA) by the end of 2024, representing 2 per cent of total mobile subscriptions.

This will make 5G the fastest generation of cellular technology to be rolled out on a global scale, according to the new MEA edition of the Ericsson Mobility Report.