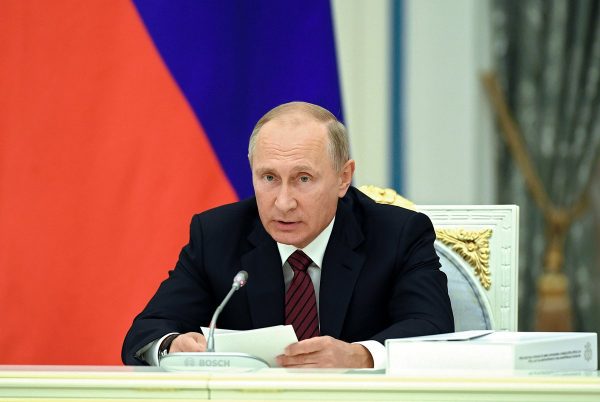 Russian President Vladimir Putin said on Wednesday a deal between OPEC and rival oil producers to reduce production could be extended to the end of 2018, a longer timeframe than others have suggested, in a bid to curb a supply glut.

The pact between the Organization of the Petroleum Exporting Countries, Russia and other producers on cutting output by about 1.8 million barrels per day (bpd) is now due to expire in March.

“Everyone is interested in a stable market. What we did with OPEC, I believe, is beneficial for all the global economy,” Putin told an energy forum in Moscow attended by several OPEC oil ministers.

“When we decide on whether to extend or not, we will decide on the timeframe. But on the whole, if speaking about a possible extension, this should be at least until the end of 2018.”

The Russian president’s comments raise the prospect of a longer extension than others have mentioned. Saudi Energy Minister Khalid al-Falih and other OPEC ministers have suggested prolonging the deal by months but not until the end of 2018.

The participants in the output deal are showing more confidence that the supply cuts, which began in January, are starting to erode a glut. With help also from rising demand, oil last week reached almost $60 a barrel, its highest in more than two years.

Putin said he expected the world oil market soon to be balanced. Oil, which began to slide from more than $100 in mid-2014 due to excess supply, was trading just below $56 on Wednesday.

Russian energy minister Alexander Novak said the possibility of extending the pact to the end of 2018 had been discussed at his meetings in Moscow on Wednesday with fellow energy ministers. He met ministers from Venezuela, Qatar and Iran.

“They are also ready, in the case of necessity, to secure an extension of the deal,” Novak told reporters.

OPEC ministers attending the Moscow event said they were considering extending the deal or making a deeper cut. The accord has already been extended once at OPEC’s last meeting in May, but producers have so far balked at a larger cut.

“It depends on a collective decision and consensus within OPEC, but I think there is no objection against this proposal,” Iranian Oil Minister Bijan Zanganeh told Reuters when asked whether there were talks on deepening or extending the cut.

Asked to specify whether he meant no objection to deeper cuts, he replied: “Yes. I’m discussing.”

Venezuela’s oil minister, Eulogio del Pino, also said there were discussions on whether to cut further or extend the deal.

Any move would also require the support of OPEC’s de facto leader Saudi Arabia. Falih said in July that an extension of the agreement would most likely be needed into the second quarter of 2018 as a minimum.

OPEC has been urging other producers to join the supply pact but has yet to secure pledges to do so. Del Pino said an extra 10 to 12 producing countries in South America and Africa had been invited to participate.