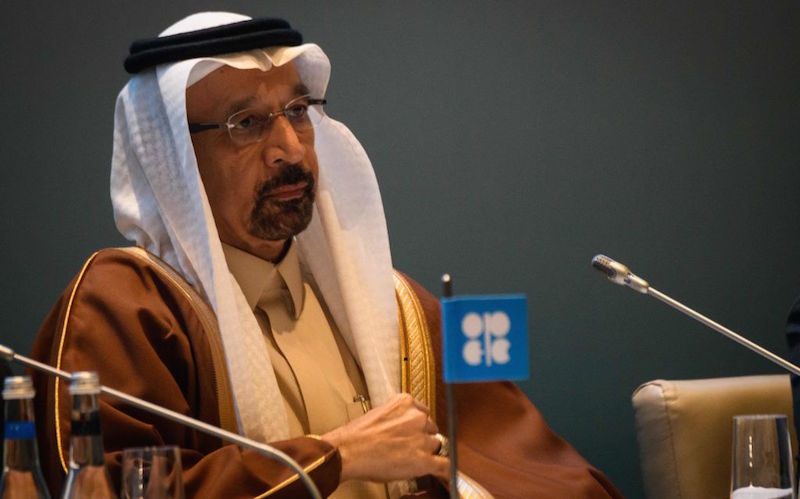 OPEC is set to scrap its planned meeting in April and decide instead whether to extend oil output cuts in June, when the market will be able to assess the full impact of U.S. sanctions on Iran and the crisis in Venezuela.

A ministerial panel of OPEC and its allies recommended on Monday that they cancel the extraordinary meeting scheduled for April 17-18, which means the next regular talks would be held on June 25-26.

The energy minister of OPEC’s de facto leader, Saudi Arabia, said over the weekend that the market was looking oversupplied until the end of the year but that April would be too early for any decision on output policy.

“The consensus we heard … is that April will be premature to make any production decision for the second half,” the Saudi minister, Khalid al-Falih, said on Monday.

“As long as the levels of inventories are rising and we are far from normal levels, we will stay the course, guiding the market towards balance,” he added.

The United States has been increasing its own oil exports in recent months while imposing sanctions on OPEC members Venezuela and Iran in an effort to reduce those two countries’ shipments to global markets.

Washington’s policies have introduced a new level of complication for the Organization of the Petroleum Exporting Countries as it struggles to predict global supply and demand.

“We are not under pressure except by the market,” Falih told reporters before the Joint Ministerial Monitoring Committee (JMMC) meeting in the Azeri capital, Baku, when asked whether he was under U.S. pressure to raise output.

U.S. President Donald Trump has been a vocal critic of OPEC, blaming it for high oil prices. Many OPEC members have said Trump’s sanctions policies have elevated the market.

OPEC and its allies agreed in December to cut output by 1.2 million barrels per day – 1.2 percent of global demand – during the first half of this year in an effort to boost prices.

The JMMC, which also includes non-OPEC Russia, monitors the oil market and conformity with supply cuts.

Asked if he had been updated on whether Washington would extend its waivers for buyers of Iranian crude, which are due to end in May, Falih said: “Until we see it hurting consumers, until we see the impact on inventory, we are not going to change course.”

Oil inventories in developed countries continue to fluctuate, he said.

“Our goal is to bring global inventory levels down to more normal levels – and even more importantly, to proactively protect against a glut,” he said.

“Another important metric is the state of oil investments … we are not seeing an investment trend that will get us even closer to the required figures.”