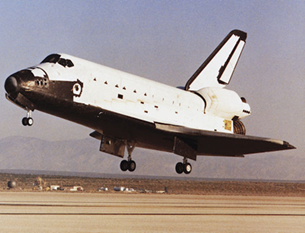 Global online car dealer Carmudi has announced plans to list space shuttles on its website, with four different space ferries already available for sale on its platforms in the UAE, Pakistan and Myanmar.

The listed space vehicles start from $28 million for the oldest model – made in 1985, but there are also some newer models from 2013 for sale, the company said in a statement. The listings were put up by dealers from Russia and the US.

“All of them are said to be completely usable and work efficiently. Certainly, the runway charges are not included. Hence, customers have to raise extra money if they plan to make full use of their new vehicle,” the statement said.

Carmudi said it will adjust its filter and search option to support the new development.

Kerem Kuyucu, CEO of Carmudi Middle East told Gulf Business: “At Carmudi, we do believe that there will be plenty of takers in the UAE for space shuttles. Looking at the wealth in the country, it seems like Rolls Royce is not the last stop.

“The super rich would love the luxury of having the means to fly their wheels in space. After the listings are up, I am pretty sure we will be flooded with requests for test drives.”

According to the dealers, space shuttles are being regarded more and more as a “reliable investment opportunity.” One dealer claimed that they have already received serious requests for visits and test-drives, and therefore expect to see sales soon.

Nod Riley-Truxman, chairman of the International Space Shuttle Trading Federation said: “People need to learn that space shuttles are no longer a topic preserved for astronauts and NASA-engineers. With the growing interest, you can see that an increasing number of people are discovering the potential of the space shuttle market.

“The listings on Carmudi elucidate that there is a promising market for such vehicles, be it as an investment opportunity or just for leisure purposes. I can say that Carmudi is certainly ahead of its time, or more precisely, very much in time.”

Founded in 2013, Carmudi currently operates in 11 countries including the UAE, Bangladesh, Cameroon, Ghana, Indonesia, Mexico, Myanmar, Nigeria, Pakistan, Philippines and Vietnam. Along with cars, it also enables customers to buy and sell motorcycles on its website.

Editor’s note: If you believed the story, you fell for an April Fool’s Day prank! Carmudi says: Although you will be able to find the listings of space shuttles on our website on April 1, it is merely a projection of how Carmudi might look in a few decades.