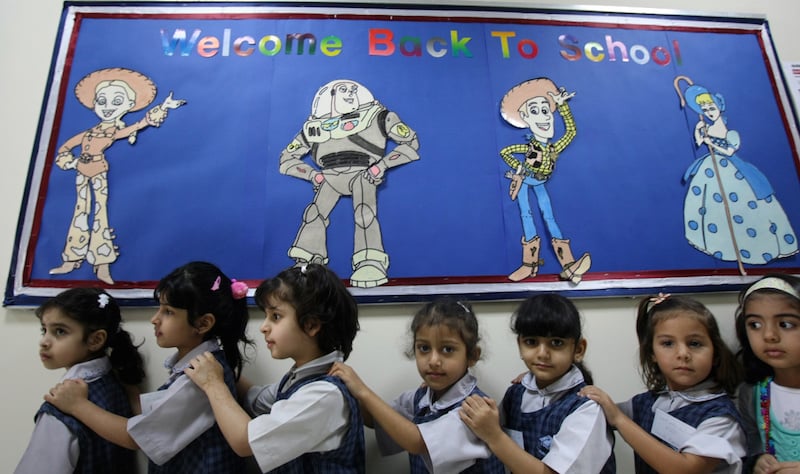 Only one Indian school in Dubai was rated in the ‘outstanding’ according to the inspections carried out by education regulator Knowledge and Human Development Authority (KHDA).

Only one school – Gulf Model School – was rated ‘weak’.

The latest inspection of the 31 Indian-curriculum schools- among the 35 in Dubai – by the Dubai School Inspection Bureau (DSIB) also found that none of the schools had dropped in their ratings.

In total, 21 schools were rated good or higher, compared to 18 last year with improvements found in teaching, leadership, and student outcomes in science, maths and English.

The KHDA report also found that 73 per cent of students are now attending Indian schools rated ‘good’ or higher — the highest percentage ever. That compares with 45 per cent in 2009, when the inspections began.

Fatima Bel Rehif, CEO of DISB, said: “We can clearly see an improvement in the quality of education on offer in the Indian-curriculum schools and this will further improve student outcomes and achievements in the years to come.

“The continued progress by Indian curriculum schools reflects the keenness of school leaders to implement inspection findings and improve quality of education in Dubai.”

She added: “We have now completed a decade of school inspections in Dubai and more students than ever now attend schools rated ‘good’ or better.”

The DSIB spent 115 days and 3,636 hours in class during the latest inspection and observed 3,331 lessons.

The rating is based on the school’s leadership and management, teaching and assessment, innovation skills, curriculum, as well as the students’ achievement, personal and social development, and the support their receive.