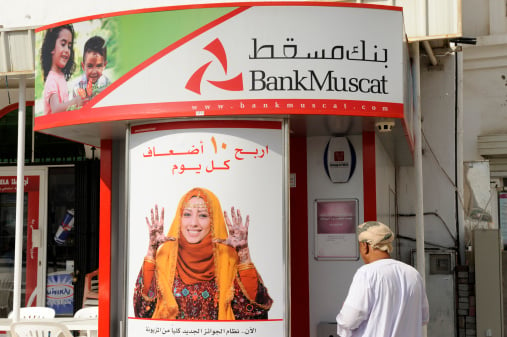 Bank Muscat agreed on an equity investment worth 75.1 million rials ($195.1 million) from the International Finance Corp, it said on Wednesday, a move which will bolster the capital base of Oman’s largest lender.

The World Bank unit will buy into the bank through a private share placement which will represent 5.28 per cent of Bank Muscat’s capital following the investment, a statement to the Oman stock exchange said.

IFC will purchase shares at 0.66 rials each, the statement said, a 5.8 per cent premium to Tuesday’s closing price. Bank Muscat shares rose 1.6 per cent Wednesday as at 0805 GMT.

This is not the first time which IFC has made a capital-linked investment in Bank Muscat. In December 2011, the pair signed a $170 million subordinated loan which was used to strengthen the bank’s capital position and provide dollar funding for lending to small and medium-sized businesses.

The latest transaction is still subject to regulatory approval, as well as the assent of existing Bank Muscat shareholders. Should this be garnered, the deal should close in mid-May, the statement added.

Bank Muscat said last week it was close to an agreement with a reputable international institution about a private share placement.

It also raised 96.7 million rials of fresh capital from existing shareholders in July to fund its Islamic finance business through an oversubscribed rights issue.

Bank Muscat expects its credit growth to be around 14-15 per cent this year, driven by high government spending and higher wages for local citizens, its chief operating officer was quoted as saying earlier this month.