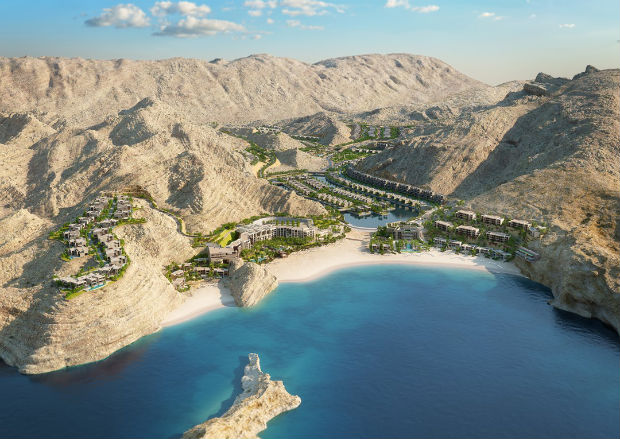 Oman’s first mega tourism project Saraya Bandar Jissah is expected to create around 800 jobs, a top company executive was quoted as saying in Times of Oman.

The comments were made by Sheikh Hamood bin Sultan Al Hosani, CEO of Saraya Bandar Jissah, during the ground-breaking ceremony of the mega tourism project.

Oman has begun the second major construction stage of the $600 million integrated tourism complex (ITC), which is the first to be launched in the country since 2007.

“Over the past years we have been engaged in the preparatory works on site to ensure the future smooth flow of construction and timely delivery of an operational resort destination for residents to enjoy from day one,” said Al Hosani.

Saraya Bandar Jissah is being developed by Omran, which is a partnership between Oman’s tourism development and investment arm and Saraya Oman, a subsidiary of Saraya Holdings.

Located between Hajjar Mountains and the Gulf of Oman, the development will sprawl across 2.2 million square metres of land with an expansive beachfront. It will consist of residences; a recreational area and two five star hotels, which will be operated by Dubai-based hotelier Jumeirah Group.

The first phase of the project, which is scheduled to be completed by 2017, will deliver Jumeirah hotels; the recreational facilities and residential neighbourhoods.

ITC developments such as Saraya Bandar Jissah allow non-GCC citizens in the Sultanate to buy freehold properties in the country.

Such projects are estimated to contribute greatly to the Sultanate’s tourism industry and increase its share in GDP.

“The World Travel and Tourism Council reports that the direct contribution of travel and tourism to Oman’s GDP was close to a billion Omani riyals or three per cent of total GDP in 2013,” Gerald Lawless, Jumeirah Group president and CEO said during the ceremony.

Lawless added that travel and tourism is also a significant creator of jobs.