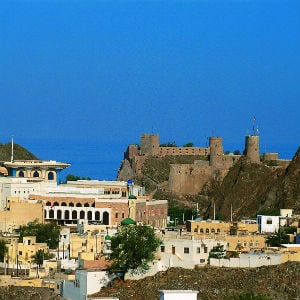 Oman’s 2013 budget raised spending nearly 30 per cent over its 2012 plan to OMR12.9 billion ($33.5 billion) on Tuesday as the Arabian Peninsula monarchy boosts outlay on social benefits it promised after Arab Spring protests in 2011.

Spending on education, health, housing and social welfare has been boosted by 22 per cent for this year’s plan, Finance Minister Darwish al-Balushi said in a statement carried by state media.

He said last year’s actual spending was around OMR13 billion, 30 per cent higher than planned, due to new projects. He did not give estimated actual figures for 2012 revenue, which was budgeted at OMR8.8 billion.

Although the 2013 plan envisages income of OMR11.2 billion, actual revenue is likely to be higher because the budget is based on a conservative oil price of $85 a barrel, with average output of 930,000 barrels a day.

On Monday, benchmark Brent crude futures traded at $111.11 a barrel.

On Sunday Omani Finance Ministry figures showed the country had run a surplus of $7.3 billion from January to October despite issuing a budget plan that envisaged a deficit of OMR1.2 billion.

Last year’s budget was based on an average oil price of $75 a barrel.

Protests in Oman in February 2011 led to at least two deaths, as demonstrators blocked main roads and industrial areas in the ports of Sohar and Salalah, and staged a sit in outside government buildings in the capital Muscat.

They demanded jobs, better pay, more democracy and an end to corruption.