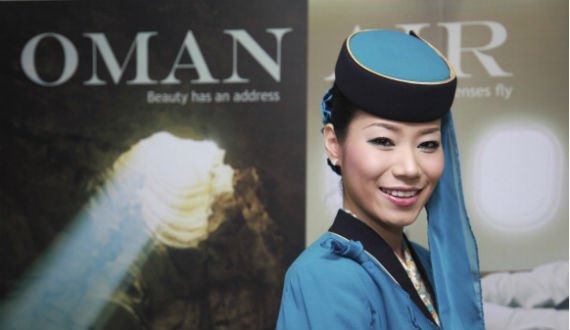 “We are working hard on a feasibility study for the low-cost airline and expect to get government approval soon after,” Balushi told Reuters, without elaborating on the plan.

Oman Air said its revenues jumped 21 per cent to 347 million rials ($901 million) in 2012 on the back of rising traffic through the country’s main airport. The carrier’s operating loss narrowed 11 percent to 97.5 million rials last year.

“The loss is mainly attributed to the purchase of new aircraft because we have recently increased our destinations,” said Balushi, who is also the minister of finance.

Oman Air added two aircraft last year to increase its fleet to 28, and the company plans to buy more in the near future, Balushi said without elaborating. It currently operates 15 Boeing 737s, seven A300s, four Embraer planes and two ATRs.

Passenger traffic through Muscat International Airport surged 16.5 per cent to 7.55 million people last year, while cargo climbed 14.7 per cent to 113,269 tonnes, according to the airport operator.