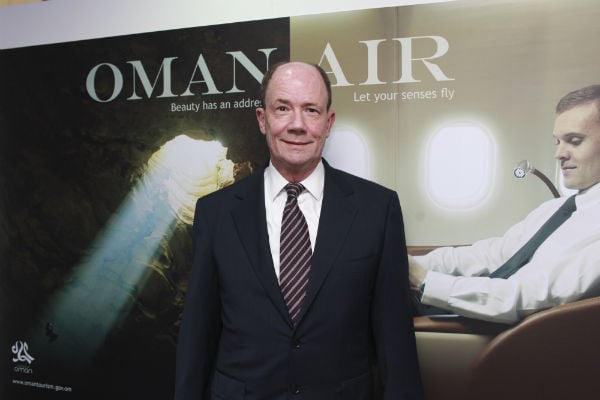 State-owned Oman Air, the sultanate’s national carrier, expects its revenue to grow 30 per cent in 2012 because of expanded operations, its chief executive officer said on Monday.

“I am pleased to say we are expecting a 30 per cent revenue rise this year due to increased flights to Europe, the GCC (Gulf Cooperation Council) and other destinations because of higher demand,” chief executive officer Wayne Pearce told Reuters.

The company said in its 2011 financial report that it generated revenue of 311.3 million rials ($809 million) last year.

“Part of our growth strategy is to extend our destinations to 50 from the current 42. We will be announcing a few new routes next week,” Pearce said. Oman Air’s latest destination is Tehran, to which it started to fly in September.

Pearce said the carrier added two aircraft this year to increase its fleet to a total of 28, and that the company plans to buy more in the near future.

“It will be helpful to our expansion flights if we buy more aircraft. That’s why now we are evaluating plans to buy more A300s and Boeing 737 aircraft to cater for the increased demand,” Pearce added without elaborating.

Oman plans to spend a total of $14 billion on airport projects, including the construction of new airports in Sohar, Duqm, Ras Al Hadd and Adam.