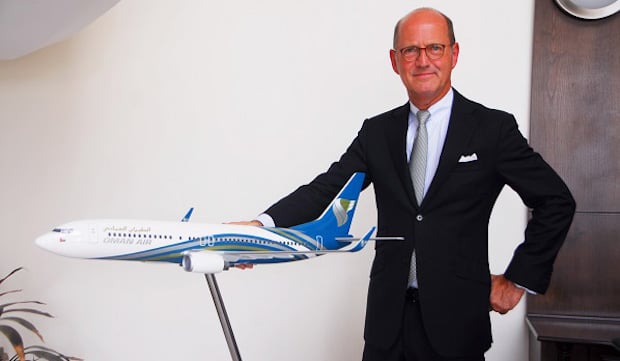 Oman Air has announced that its board of directors has accepted the resignation of the airline’s chief executive officer Paul Gregorowitsch.

No reason was given for his departure.

In a brief statement, also confirmed that Abdulaziz Saud AlRaisi, executive vice president for products and brand development, will serve as the acting CEO with immediate effect until a permanent replacement for the role is announced.

The airline thanked Gregorowitsch for his efforts during his tenure with the company.

Gregorowitsch, who joined Oman Air from Air Berlin, was appointed as CEO in August 2014.

Oman Air is currently expanding, and is looking to grow its fleet size to about 68 by 2023.