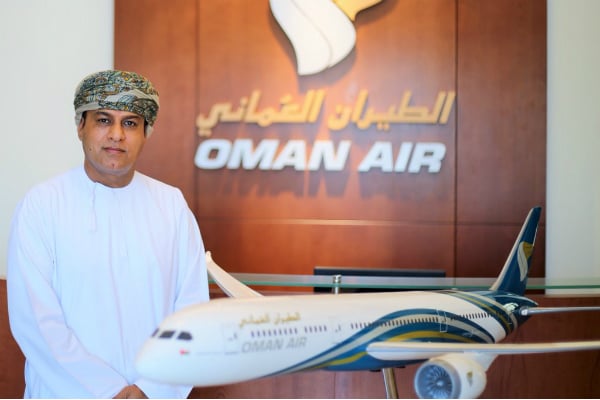 #Oman_Air announces the appointment of Eng. Abdulaziz Al Raisi, as the company’s new CEO. We wish him all the success in his new leadership assignment. pic.twitter.com/wZNwZlpExI

Al Raisi took on the acting CEO position in October following the resignation of Paul Gregorowitsch. He was previously executive vice president for products and brand development at Oman Air.

He leads Oman Air as it undertakes an international expansion this year with flights from Muscat to Casablanca, Istanbul and Moscow planned, according to reports.

The airline is also studying the possibility of resuming services on previously suspended routes to Singapore, the Maldives and Beirut.

Read: Oman Air to fly to Casablanca, Istanbul, Moscow in 2018

Early this month, the carrier appointed Paul Starrs as its chief commercial officer. He was previously senior vice president of global sales, distribution and ancillary products for Dubai airline Emirates.