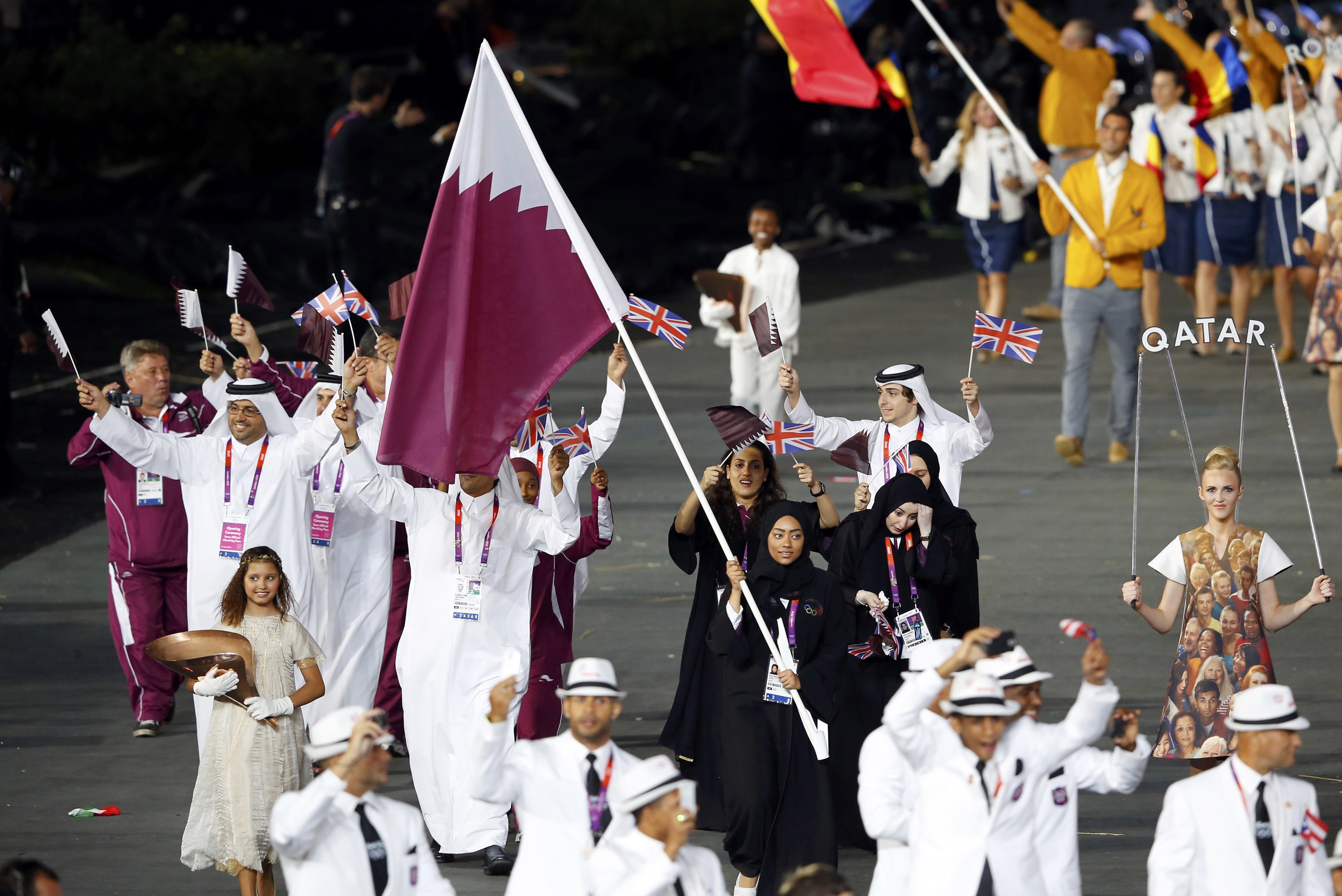 With its lavish Olympic headquarters next to the iconic Savoy hotel in one of London’s poshest districts, Qatar is putting its money where its mouth is in a bid to join the world’s leading sporting nations.

The tiny oil and gas-rich Gulf state has for the duration of the Games converted an engineering institute on a bank of the River Thames into an adobe-walled traditional Qatari home, complete with wrought-iron Arab lamps and plush furniture.

Luxury department store Harrods is the caterer for the venue, which is only a short distance from another symbol of Qatari ambition, the newly-built and Qatari-funded Shard tower, the tallest building in the European Union.

The largesse is in keeping with Qatari efforts to boost its global profile – on the diplomatic stage, where it punches far above its weight, in the business world, where it is a much courted investor, and in the sports arena.

It is in sports, from an international public relations perspective, that Qatar has won arguably the biggest prize of all – hosting the 2022 soccer World Cup.

But Qatar is not happy to stop there, said the country’s Olympic Committee chief Saoud bin Abdulrahman al-Thani, casually referring to his country’s plan to bid for the 2024 Olympics, as well as a raft of other sporting events.

“This all comes from our vision and our strategy. If you look to Qatar’s vision in sport, this is to become a leading nation in the world,” said Saoud, a member of the ruling Thani family, speaking in London on Tuesday.

“You cannot do this without having the infrastructure ready, without having big events, such as world championships, the Olympic Games, different regional games,” he told Reuters at the Qatari Olympic committee headquarters, which showcased Qatari culture and achievements in sport and other fields.

Some may be sceptical about Saoud’s bold ambition – only 250,000 of Qatar’s population of 1.7 million are citizens, and they are not known for their sporting history – but Thani’s vision stretches far beyond the confines of Qatar’s borders.

Qatar, a small peninsula adjoining Saudi Arabia, hopes to become a sports hub for the Middle East and North Africa, a part of the world that has generally not invested heavily in sport or cultivated much of a sporting tradition.

“Qatar has a very small population. But we are thinking about having such a centre for the whole Middle East and North Africa region,” Saoud said.

“There’s so many countries and athletes who would love to participate and train, but they don’t have the facilities,” he added.

It may surprise many but women are a key part of Qatar’s master plan to enter the sporting big leagues, and as if to the underline that ambition, a female athlete was Qatar’s main flag bearer at Friday’s Olympic opening ceremony.

Qatar plans to build a high performance training centre for female athletes by 2016.

“The high performance centre is one of the pieces we have in the master plan,” Saoud said.

He batted away reporters’ suggestions that his country’s four female athletes in this year’s Games – Qatar’s first female athletes at any Olympics – were a token gesture by a reticent Islamic state to mollify Olympic authorities.

“Qatar hasn’t been asked to bring females to the Games. This is a misunderstanding. Qatar has been developing female sport since 2000. We’ve (Qatari women) been participating in different international competitions,” Saoud said.

“You can’t just send an athlete to the Olympic Games. This is the key point. You have to qualify. And we tried, but we did not succeed,” he added.

Saoud said he had no doubts Qatar would develop its female sporting talent quickly, before heading off to the Olympic stadium, which along with other venues he said he would study for sustainability tips for future Qatari sports events.