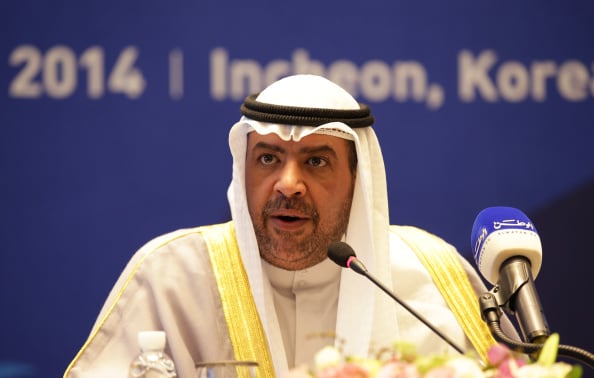 The sceptics who have criticised the selection of Qatar to host the 2022 World Cup are missing the bigger picture, and should wait and see before casting their judgment, Asia’s top Olympic official said on Thursday.

Just as the Beijing Olympics helped changed some global perceptions of China, Sheikh Ahmad Al-Fahad Al-Sabah, the president of the Olympic Council of Asia, said the World Cup could be a catalyst for positive change in the Middle East.

Speaking to a select group of journalists during the National Olympic Committees (ANOC) general assembly in Bangkok, Sheikh Ahmad said social changes were already taking place in the Middle East and would continue to gather pace in the lead-up to the World Cup.

“Life is changing, and not only in our region,” he said.

“If you follow up the social media and you see the youth, they are far away from other generations.

“In eight years, the new generation will group up, a lot of change will happen in the region.”

Sheikh Ahmad has been a fierce supporter of Qatar’s choice to host the World Cup, accusing critics of racism after questions were raised about FIFA’s bid process.

“The region is open now, Dubai and Doha have had a lot of international events, not only in politics but in economy, tourism, culture,” he said.

“Some areas still need time which we have to respect and accept but there is a lot of change done in the region and I think in the future there will be further change that in the past.”

Sheikh Ahmad said he hoped that if the World Cup proves a success, it could open the way for the Middle East to one day host the Summer Olympics.

“Doha was willing to host, they bid three times,” he said. “They are planning development related to hosting the Games…because they want to be the (regional) capital of sport.

“In any case, I think Doha is in a better position than the last three bids and whenever they will go they will be on the short list.”

One of the sticking points over the 2022 World Cup is Qatar’s scorching summer heat, triggering a push to move the tournament to winter, but Sheikh Ahmad said there was no reason why the Olympics could not be held in a cooler time slot.

“We have to respect the south zone of the world, not only our zone. When we did it in Sydney (host of the 2000 Summer Olympics), it was it October.

“We can have two periods of time, one in the north and one in the south.”