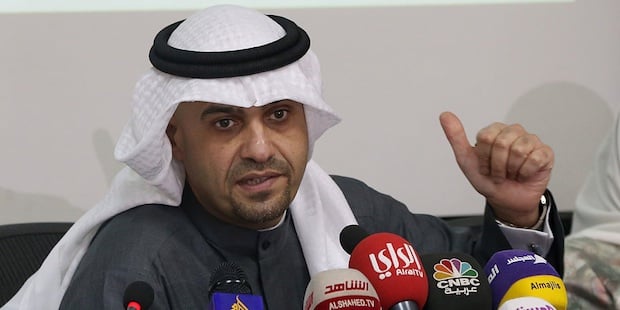 Kuwait’s finance minister and acting oil minister, Anas al-Saleh, said on Monday he was optimistic that an understanding on production “at least” would be reached between producers at an OPEC meeting in November.

He said expectations that oil prices would be between $50 and $60 over the next 10 to 15 months were “logical and acceptable”.

Saleh was speaking with journalists on the sidelines of the opening of the Ahmad al-Jabe oil and gas show.

He said that current prices were unsustainable but that he believed the cancellation of oil investments globally would help to balance supply and demand so as to arrive at an acceptable price.

Saleh also said GCC ministers who had been at OPEC’s Istanbul meeting last week reported that there was a positive atmosphere there, including among non-OPEC producers.