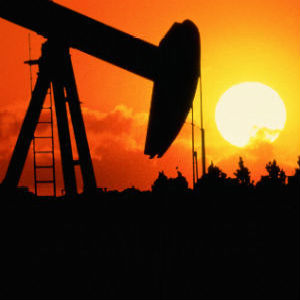 Brent crude futures rose more than $2 on Monday as a rescue package for Spain’s banks revived hopes of steady oil demand growth, while a failure in nuclear talks between the United Nations and Iran renewed concern over supply disruption.

The larger-than-expected rescue package calmed some of the fears in financial markets over Europe’s debt crisis, boosting Asian shares, the Euro and base metals. Yet, investors expect volatility as the global economy remains fragile with uncertainty surrounding growth in the world’s top economies.

“The most sensitive point for markets now is how to manage Europe, especially the weaker economies such as Greece and Spain,” said Ken Hasegawa, a commodity sales manager at Newedge, Japan. “We are seeing gains driven by the news on Spain. But that doesn’t mean we will see prices going higher and higher.”

Brent will hover around $100 a barrel, moving $5 higher or lower this week and the US benchmark will stay around $85 with moves limited by the same extent, Hasegawa said.

Yet, with the economy contracting, one in four workers out of a job, and Greek elections next weekend overshadowing the entire zone, investors are wary how far the latest deal will go in helping the region tackle its debt crisis.

A slide in the dollar has also boost oil. The dollar index slipped 0.83 per cent early in Asia on Monday.

“The dollar is also playing a role in the market today,” said Hasegawa. “We had seen the euro and oil weaken earlier, and today they are gaining after the news on Spain.”

Oil investors are digesting a series of developments and data releases over the weekend to gauge the direction of the market. Apart from Spain, China said crude imports rose to a record 25.48 million tonnes, or about six million barrels per day in May, up 18.2 per cent from a year ago.

Still, analysts cautioned against drawing excessively optimistic conclusions, as actual demand from users remained weak and the bulk of oil imported in May was likely to have been moved into storage. Implied oil demand inched up only 0.4 per cent in May year-on-year, after April’s first yearly decline in over three years.