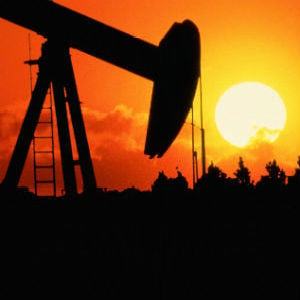 The combination of these factors had led to a potential global build in stocks of one million barrels per day (bpd) over the last quarter, the agency said in its monthly report.

“The cycle of repeatedly tightening fundamentals since 2009 has been broken for now,” it said.

The IEA, which advises 28 industrialised nations on energy policy, said prospect of a potential oil stock release, together with a pledge from top oil producer Saudi Arabia to supply clients ahead of negotiations with Iran, had seen prices temper some recent gains.

“Easing first quarter 2102 fundamentals have seen prices recently lose most of the $5 per barrel they gained in March. The muted impact so far is partly because much of this extra supply has been stockpiled on land or at sea,” said the IEA.

Brent crude futures rose to highs not seen since 2008 of $128.40 a barrel in early March, but have since given up those gains to trade at around $120.

The IEA said it was not surprising that extra barrels were being sent into storage in the typically slacker demand period of March and April, even if the pricing structure made storing less lucrative.

Inventories in the OECD industrialised nations saw a weaker-than-average draw of 12.4 million barrels in February to 2.63 billion barrels, it said.

On the supply front, output from the Organization of the Petroleum Exporting Countries (OPEC) was near a three-and-a-half year high of 31.43 million barrels per day in March, up 135,000 bpd from the previous month.

The increase was driven by Iraq, Libya and the UAE, while Saudi Arabian production stood at ten million bpd, more than offsetting reduced Iranian and Angolan supplies.

Offtake of Tehran’s crude by traditional buyers could drop by between 800,000 to one million bpd this summer, the IEA said, citing latest available information.

Supply from non-OPEC countries fell in March by 500,000 bpd led by the UK North Sea and synthetic crude plants in Canada.

For 2012, the agency retained its forecast for oil consumption growth of 800,000 bpd, barely changed from last month’s forecast.

“We cannot discount the possibility that prices will remain high so long as geopolitical uncertainties remain,” the IEA said.

Among the main geopolitical issues is Western sanctions on Iranian oil over its nuclear programme.