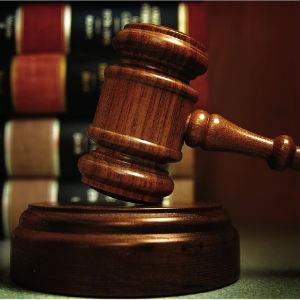 The Organisation of Islamic Cooperation (OIC) and Saudi Arabia’s Shoura Council have criticised a controversial bill passed by the US Congress on Friday that would allow victims of the September 11 attacks to sue the kingdom for damages.

The Justice Against Sponsors of Terrorism Act would remove sovereign immunity from governments found to be involved in terrorist attacks in the US. It was previously passed unanimously by the US Senate in May.

Read: US Senate passes bill that will allow 9/11 victims to sue Saudi

“In passing the Justice Against Sponsors of Terrorism Act, or JASTA, Congress disrupts international relations, threatens to plunge the world economy into a depression, weakens the necessary alliances that promote peace and security around the world, and compromises the war on terrorism,” said OIC secretary general Iyad Madani.

He also referenced the opinion of US chief justice John Roberts in the case of Kiobel vs Royal Dutch Petroleum Co in 2013 in which Dutch, British, and Nigerian oil-exploration corporations were accused of aiding and abetting the Nigerian government and committing violations of international law in the 1990s.

“All it will do, as the chief justice acknowledged, is to cause international discord and retaliatory reciprocity by nations around the world,” said Madani.

Separately the speaker of Saudi Arabia’s Shoura Council also warned that the bill would encourage instability and extremism, according to Saudi Press Agency.

“This legislation sets a dangerous precedent in the field of international relations,” Abdullah Al-Asheikh was quoted as saying. “[The bill risks] triggering chaos and instability in international relations and might contribute to supporting extremism, which is under intellectual siege, as the new legislation offers extremists a new pretext to lure youths to their extremist thoughts.”

US President Barack Obama has threatened to veto the JASTA bill, however, congressional aides have said it may have enough support for lawmakers to override his veto.

Earlier in the week, the UAE’s minister of foreign affairs and international cooperation, Sheikh Abdullah bin Zayed Al Nahyan, also expressed concern about the passing of the bill.