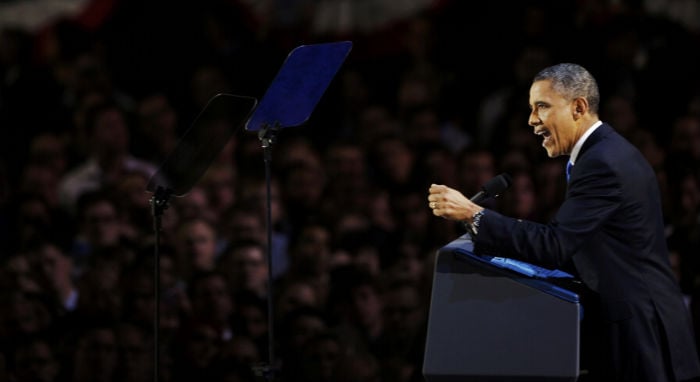 The re-election of Barack Obama as the US President will be well-received by the GCC countries and the whole of the Middle East, according to political experts.

“Obama’s victory is good for the region and should calm the jitters that the pre-election talk of war had caused among peaceniks and the worries about Romney possibly going against the ‘greatest’ achievement of Obama’s presidency,” said Dr. N. Janardhan, a UAE-based political analyst.

“Even if domestic and economic compulsions conditioned Obama’s policies abroad, the fact that there was no direct US military intervention or full-fledged war under his presidency, particularly in this region, is his biggest success.

“This is the first for any American president in more than two decades, which restored some credibility to American foreign policy, particularly after George W. Bush’s tenure of misadventures,” said Janardhan, author of Boom amid Gloom: Spirit of Possibility in the 21st Century Gulf.

In the last few months, Obama and his rival, Republican Mitt Romney, have clashed openly about the president’s foreign policy, particularly with regards to the Middle East.

During a CBS 60 Minutes show in September, Romney accused the president of not adopting an aggressive stand in Syria and of failing to offer adequate support to Israel, mainly in relation to Iran.

However, Obama retaliated, saying: “If Governor Romney is suggesting that we should start another war, he should say so.”

According to Janardhan, now that Obama has been re-elected, he is likely to go all out in pursuit of foreign policy achievements to keep his legacy of peace alive.

“His desire to use ‘peace’ over conflict as the campaign message both in 2008 and for the re-election would mean that Iran and Palestinian issues, which are concerns of varying degrees to the GCC countries, would see constructive and positive movement.

“This mood of diplomatic engagement over war will obviously encourage business and development in the GCC region,” he added.