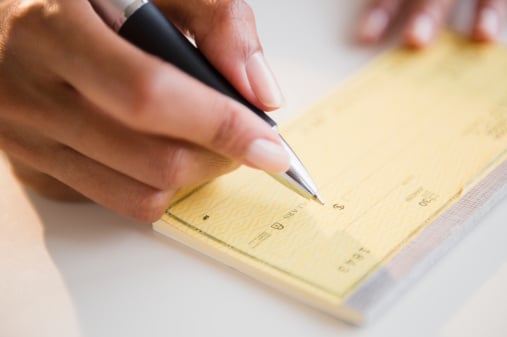 The number of invalid cheques in the UAE last year, including bounced cheques, fell by 8.5 per cent to 1.4 million according to data released by the Central Bank.

In another sign that the Gulf state’s economy continues to recover, payments worth a total of Dhs46.8 billion were marked as invalid in 2012, a drop of 15.3 per cent compared with 2011.

A total of 1.4 million failed cheques averages at one in every 20 attempted transactions.

‘Invalid’ primarily means payments which bounce, however it also incorporates cheques which are torn, undated or illegible. The figures released by the Central Bank do not distinguish between those that bounced, were damaged or were missing information.

The total amount of transactions paid for with cheques was also down four per cent as Dhs1.1 trillion changed hands via the old paper method. However, by law cheques must be used to make certain transactions, such as mortgage-interest payments.

Bouncing a cheque in the UAE is a criminal offence. However UAE nationals are no longer eligible for prosecution following a presidential decree in October last year.