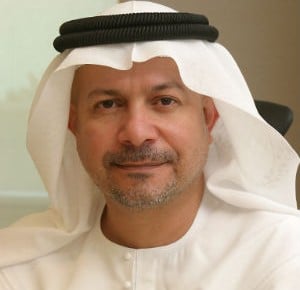 Banks in the UAE are struggling to implement the central bank’s new regulations on curtailing lending to government firms, according to a senior banker.

“But I have expressed an opinion before that the timing is not proper and its too short for banks to change the situation. A lot of banks have many of these assets, and you can’t sell these assets in such a short time and in such a market,” said Qemzi, whose bank is 50 per cent owned by the Dubai government.

In April this year, the central bank issued new regulations capping bank lending to local governments and government related entities (GREs) at 100 per cent of capital.

While the regulations were set to take effect from the end of September, talks are reportedly on to ask the central bank for a further extension in implementation.

“It requires three to five years – it’s not easy,” he said.

However, Abdul Aziz Al Ghurair, CEO of Mashreq bank and chairman of the Emirates Bank association, confirmed last week that the new rules are already in place.

“The central bank regulations have been implemented,” he said.

“The central bank is going to deal with each bank separately and will accommodate them if they have a genuine concern. But ultimately, over time, each bank will have to respect this guideline,” he said.

According to the IMF, the UAE banks’ net exposure to government and public institutions increased by Dhs44 billion or 3.5 per cent of GDP in 2011.

“There is a risk that GREs could increasingly turn to domestic banks for their funding needs in the period ahead in case they face difficulties in external market financing,” the IMF said in a report after an annual consultation with the UAE earlier this year.

“The mission stresses the importance of avoiding channeling bank funding to non-viable GREs in order to maintain the integrity of the banking system,” it added.