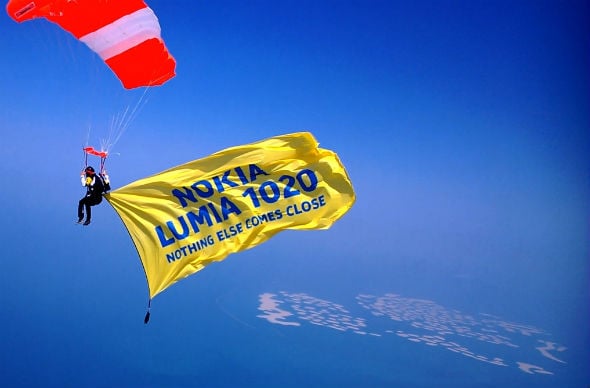 Nokia Middle East introduced its latest phone to the region in spectacular fashion on Wednesday when it airdropped the Lumia 1020 into Dubai.

Representatives from the phone company, which was bought by Microsoft last month for $7.2 billion, skydived from a plane above the emirate to deliver the first handset for the region. 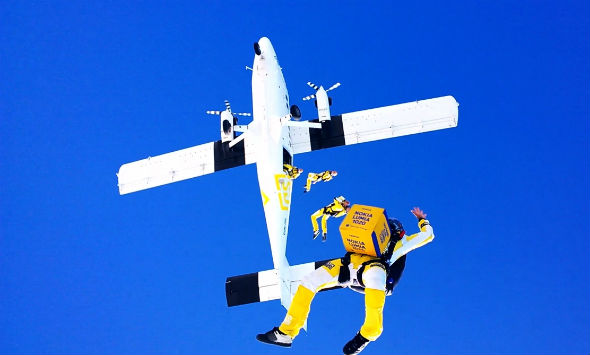 And in demonstration of the 1020’s advanced 41-megapixel camera, the images for the event (above and below) were taken using the handset.

“The sky is literally the limit for imaging enthusiasts with the Nokia Lumia 1020,” said Tom Farrell, vice president, Nokia Middle East, who took part in the stunt.

“This activity clearly demonstrates that Nokia Lumia 1020 will bring a new dimension to the art of capturing life’s moments anyplace, anytime and anywhere for consumers in the region.”

The smart phone will go on sale to the Middle East public at Gitex Shopper in Dubai on October 5. 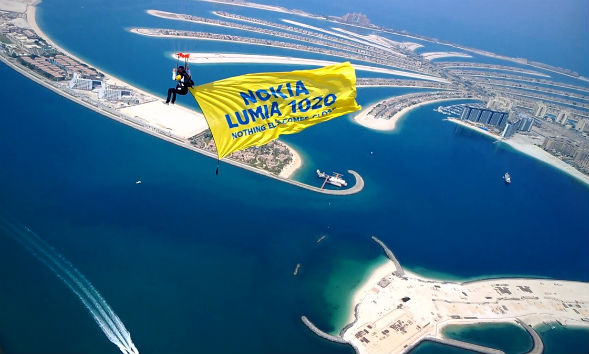