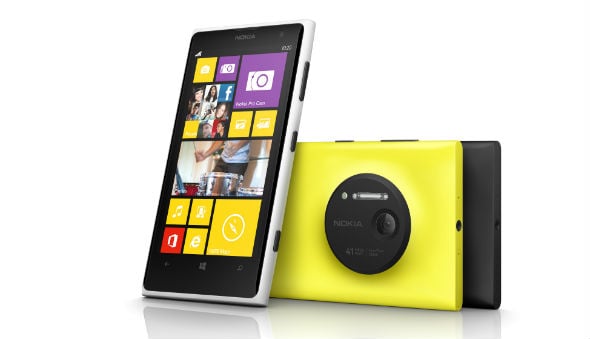 Nokia launched its latest handset in New York on Thursday, hedging their bets with the world’s most powerful camera phone yet.

The Lumia 1020 boasts a 41-megapixel camera with a ‘second-generation’ lens which Nokia claims can pick up more detail than the human eye.

The phone manufacturer – which introduced the very first camera phone at the turn of the century – will be hoping its latest model will grab back some of the market share dominated by Apple and Samsung.

“Specifically within the MENA region, we have been part of this market for over 20 years and this region has a very social and family oriented culture,” Farrell said, speaking exclusively to Gulf Business.

“People in this part of the world gather and meet so often and are passionate about frequently sharing images and moments of their friends and family on social networks and among themselves.

“Mobile imaging capabilities have become a crucial element when it comes to making a decision while choosing a smartphone, especially among consumers in the MENA region…We view imaging as a core area for differentiation in the smartphone space.”

Though Nokia has not given an official release date for the new handset in the Middle East, Farrell is adamant on the importance of the region to the company.

“The Middle East is a key market with a youthful population and consumer technology is playing an increasingly important role in consumer spending habits,” he said.

“We have seen robust growth in recent years and plan to accelerate the achieved growth capacity.

“We believe that the Middle East offers significant opportunities for further growth and we remain confident that our current strategy matches the demands for the region.”