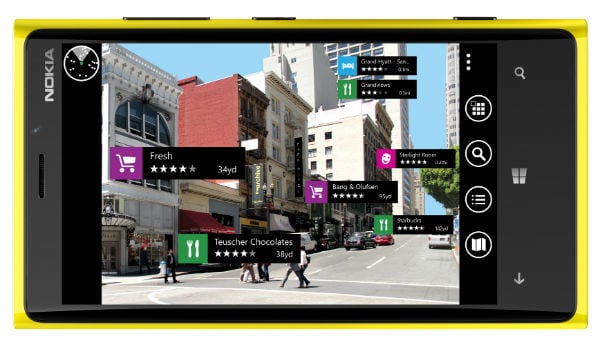 Nokia has officially launched its Lumia 920 phone in the Middle East, labeling it Windows Phone 8’s flagship device and “the world’s most innovative smartphone”.

At an impressive event in Dubai, Nokia demonstrated its latest innovations it hopes will steal back some of the market share in an industry that in recent years has been dominated by Apple, Samsung and Blackberry.

Speaking at the launch, Tom Farrell, vice president for Nokia Middle East, said: “We are delighted to announce the launch of the Nokia Windows Phone 8…it is without doubt the world’s most innovative smartphone and I am proud to say Nokia is back.

“The Middle East is one of the top key markets for Nokia and continues to be strongly committed to this region. This is testament with UAE and Saudi Arabia being among the six global markets for Nokia to introduce the new Lumia range.

“The availability of a user interface in the local language combined with strong operator offerings are two key elements in satisfying demands of consumers from the region,” he added.

The Lumia 920 is Nokia’s first Arabic-enabled phone and will be available exclusively through du in the UAE and Mobily in Saudi Arabia. Farrell revealed the handset has already sold out of its pre-ordered stock.

Farid Faraidooni, chief commercial officer at du, said: “The Nokia Lumia 920 Windows 8 smartphone represents the pinnacle of mobile technology, and we are proud to be the exclusive telecom carrier in the UAE.

“Our partnership with Nokia has resulted in expanding choice of innovative mobile handsets available for our customers, and we would like to congratulate them on yet another exciting product launch.”

The phone’s camera uses the brand’s PureView technology – a floating lens which reduces blur and unsteadiness on shots and Nokia says is capable of taking in five times more light than competing smartphones, enabling clearer images in lower light.

Other tricks including removing unwanted objects or people from images, creating perfect shots were impressive when demonstrated at the launch.

The Lumia also incorporates augmented reality into one of its in-built apps, City Lens, overlaying local information of buildings, streets and amenities onto the screen.