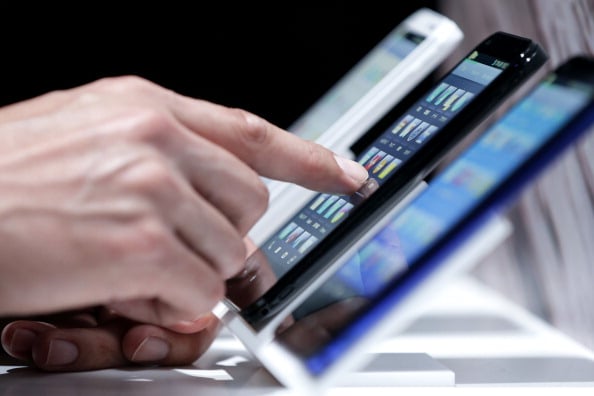 Smartphone penetration in the UAE stands at 44 per cent, with Samsung Galaxy S3 named the most popular smartphone followed by iPhone 4S, iPhone 4, iPhone 5 and Blackberry Bold 9900.

That’s according to a new report on mobile phone penetration released by the UAE’s Telecommunication Regulatory Authority (TRA).

The report also found that Nokia has the largest marketshare of 56.4 per cent among mobile manufacturers in the UAE while Accenture’s Symbian has been ranked the first among operating systems with a marketshare of 38 per cent.

Among mobile manufacturers, Samsung had the second largest market share with 13.8 per cent while BlackBerry and Apple had 10.7 per cent and 7.4 per cent respectively.

“With 73 per cent penetration, internet usage in the UAE is currently exceeding both MENA and worldwide averages which stand at 41 per cent and 51 per cent, respectively,” said said Mohamed Nasser Al Ghanim, director general, TRA.

“The findings derived from the TRA’s latest piece of research shows how healthy the UAE mobile sector is when compared to our counterparts across the globe.”

The market data is in line with recent reports that predict the growth of UAE’s consumer electronics industry to touch $3.97 billion by 2015.

The increased smartphone penetration levels in the UAE has also led to the launch of the ‘mGovernment’ initiative that makes a majority of the government services accessible via smartphone to residents.

The TRA report, which also tracked the trends among the application websites, found that iTunes recorded around 4.1 billion visitors in the second quarter this year, constituting 92 per cent of the total visits. Nokia’s OVI followed closely with 134.7 million visitors while Samsung and BlackBerry App websites recorded 107.2 million and 86.5 million visitors respectively.