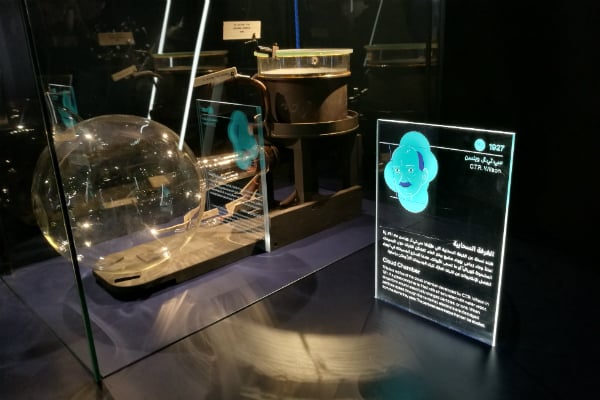 The Nobel Museum, an institution dedicated to spreading information about the Nobel Prize, is planning a major exhibition to coincide with Expo 2020 in Dubai.

This year’s exhibition is themed around the Nobel Prize in Physics and will be open from February 7 to March 5.

Dr Olov Amelin, director of the Nobel Museum in Sweden, said the plan was to merge all of the exhibitions into one for 2020.

“We have a programme of exhibits going up to 2020. So this year is physics, next year chemistry, then literature and then for 2020 the idea is to merge all these exhibitions into one large exhibit,” he said.

“But so far we don’t have a signed contract we need to discuss and negotiate that a little bit further. But we have a fantastic opportunity of building a 3,000 square metre exhibition focusing on science and literature that I think would be a wonderful combination.”

The exhibitions are also planned to be moved around to other UAE emirates and discussions are in place to take them to other Arabic countries.

However, Amelin said the organisation was not planning to open a regional office in Dubai in the immediate future.

“In the future if we have a more permanent representation in other countries, well it is too early to say. We are happy where we are right now,” he said.

This year’s Dubai Nobel Museum is split into eight sections, with interactive displays, videos and virtual reality headsets. It will be accompanied by workshops from the Nobel Museum Emirates Science Council in the coming weeks.

HE Jamal bin Huwaireb, managing director of MBRF, said the organisation would hopefully have its own museum to host the Nobel exhibitions and others by 2020.

“The plan is to setup a new museum for MBRF and we display all the sections you see on a yearly basis,” he said.