No Loss Or Damage In UAE After Earthquake, Confirm Officials - Gulf Business 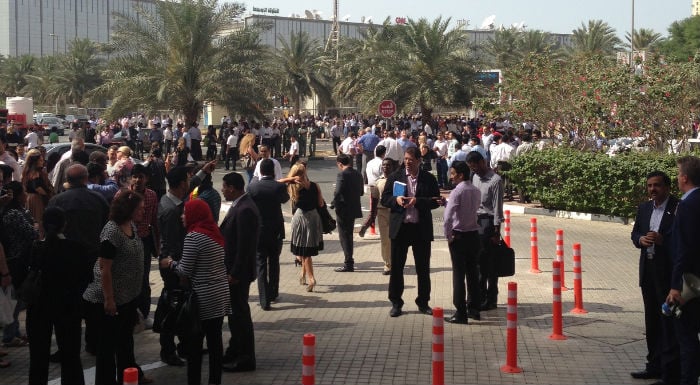 Officials in the UAE have confirmed that there have been no reports of human loss of life or damage to property after a massive 7.8 magnitude earthquake rocked Iran on Tuesday, sending shockwaves across Pakistan, India and the GCC.

The UAE’s National Center of Meteorology and Seismology (NCMS) said that the epicenter of the quake was 650 kilometres north east of Ras Al Khaimah, and that it had an impact of 4 to 5 on the richter scale in the UAE.

“The tremor, which was felt across emirates, has had limited impact,” NCMS said.

Social networking sites buzzed with updates about the quake.

Dubai and Abu Dhabi officials also confirmed that they were examining the situation and the effect of the quake was minimal.

He assured Dubai residents that such seismological activity would not harm them, the report added.

The Abu Dhabi police also confirmed that no human loss, injuries or damage to properties was reported.

The National Emergency and Crisis Management Authority (NCEMA) spokesperson Dr. Jamal Mohammed Al Hosani said on Tuesday that all the relevant government entities were on a 24-hour alert, also verifying that there were no casualties in the UAE.

These agencies have emergency management plans to respond to such situations, he added.

The earthquake in Iran is the second to hit the country in two weeks. The first one, measuring 6.3 on the richter scale, hit close to Iran’s port city of Bushehr last week.