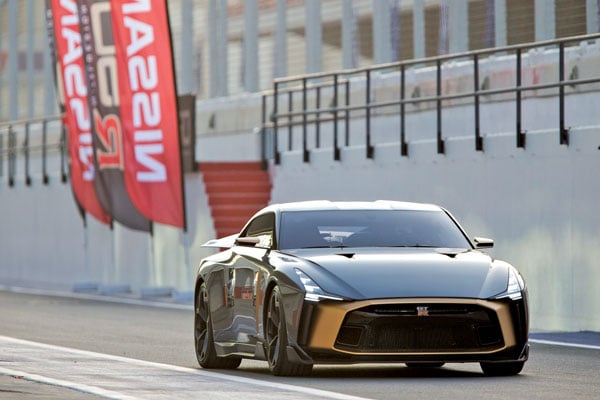 Nissan Motor Co. has revealed more details of an exhaustive probe into Carlos Ghosn, a week after its fugitive former leader accused the Japanese carmaker of being behind the plot to have him arrested.

The report on the investigation, submitted to the Tokyo Stock Exchange on Thursday, found that many others were involved in improprieties besides its former chairman, with those involved located both in Japan and overseas.

Three people in senior roles were punished for their involvement, though their names, titles and specific steps to discipline them were not revealed.

Nissan was required to submit the report after adjusting its past earnings following the arrest of its former chief executive officer and chairman for financial crimes in November 2018.

That triggered turmoil within the automaker’s management ranks and destabilised its relationship with alliance partner Renault SA.

Ghosn fled trial in Japan at the end of December, hiding in a black box for musical equipment and making his way to Lebanon via private jets.

While the timing of the report has little to do with Ghosn’s escape, it underscores the extent to which Nissan has had to reform its practices in the year after his arrest. Many of the steps outlined in the 33-page document, such as abolishing a CEO reserve fund and the restatement of Ghosn’s income, had already been disclosed or reported.

The misconduct outlined in the report was not just limited to acts allegedly committed by Ghosn and executive Greg Kelly, but included excess salary paid to Ghosn’s successor, Hiroto Saikawa, who was ousted as CEO in September.

The report found six others also received excess compensation via stock appreciation rights, though did not identify them.

The amount involved totaled 57.7m yen ($525,000), though Nissan expects most of that amount to be repaid by March.

“A wide variety of misconducts had been committed over a long period of time,” the report said, noting that “many people were involved and the misconducts were committed not only in Japan but also in foreign countries.”

Nissan will decide the punishment for others in due course, it said.

‘Black Box’
The investigation involved more than 10,000 hours of analysis, including the collection of nine million documents and interviews with more than 70 people within the company. Ghosn and Kelly were not among them, Nissan said, citing the fact that the automaker is a co-defendant of the two former executives in a forthcoming criminal trial.

The report attacked Ghosn’s “personality cult” and accused him of isolating departments within Nissan that would have been able to discover his misconduct, describing Ghosn as turning them into a “black box.”

The investigation was aided by law firm Latham & Watkins LLP, a company Ghosn last week slammed at his explosive press conference in Beirut.

He described the firm as one of the actors “destroying Japan’s reputation on the global stage,” and in a separate statement derided Nissan’s investigation as “fundamentally flawed, biased, and lacking in independence from its inception.”

“Although Nissan is presenting this improvement report to the stock exchange and promising to rebuild its business and be more transparent, the current movements of Nissan’s management look like the exact opposite,” said Koji Endo, an analyst at SBI Securities Co. in Tokyo.

Among the steps the carmaker will take to improve its corporate governance is abolishing a system of having former directors become advisers and consultants.

This means Saikawa, who was reportedly planning to stay on at Nissan in some capacity after leaving the board at a shareholders’ meeting planned for February 18, is now likely to leave the company entirely.

Renault director Pierre Fleuriot, set to join Nissan’s board following a shareholders’ vote in February, will also become a member of Nissan’s audit committee, which decides executive pay, Nissan said in a separate statement on Thursday.