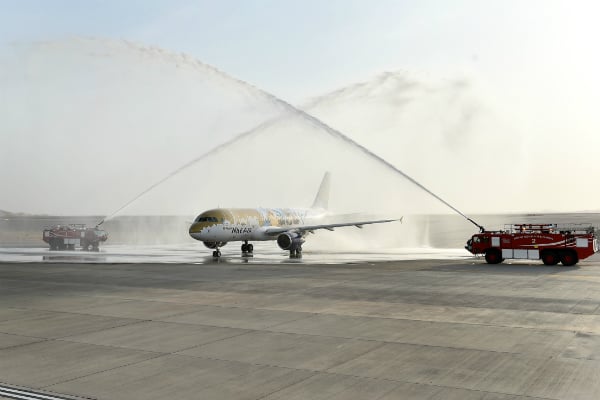 An Airbus A320 aircraft will operate the new service, which includes four weekly flights.

After October the NIA147/8 service will become bi-weekly with flights on Fridays and Sundays.

Abu Dhabi Airports said a free shuttle service would be available for connections to Abu Dhabi and Dubai.

“The new service to Al-Ain will provide an easy and convenient travel option between both cities for business travelers and tourists visiting Egypt, and the estimated 100,000 Egyptian nationals residing in the city of Al-Ain and its surrounding region who wish to travel home,” said Nile Air chief executive Ahmed Aly.