Revealed: The world’s most expensive trainers sold at auction 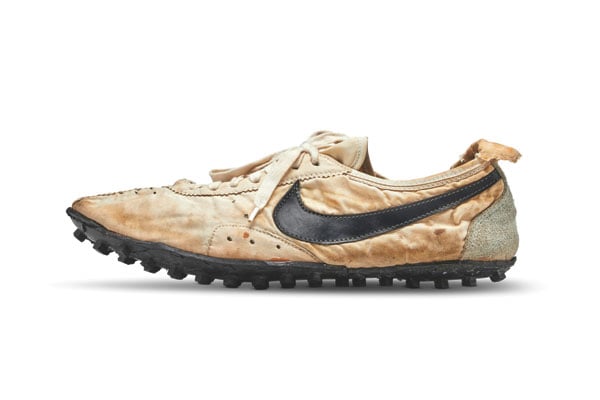 On Wednesday, Sotheby’s said that it had auctioned a pair of Nike trainers for $437,500, setting a new world record.

The buyer was revealed as 61-year-old Miles Nadal, a Canadian entrepreneur and executive chairman of the multibillion-dollar investment firm Peerage Capital.

The 1972 Nike Waffle Racing Flat Moon Shoe was expected to auction for $160,000 but ended up exceeding that estimate by nearly three times.

The trainers were designed by Bill Bowerman, the co-founder of Nike. Only 12 of these were made and handed out to runners in the 1972 Olympic trials.

Bowerman is believed to have used a waffle iron to imprint the tread on the shoes. 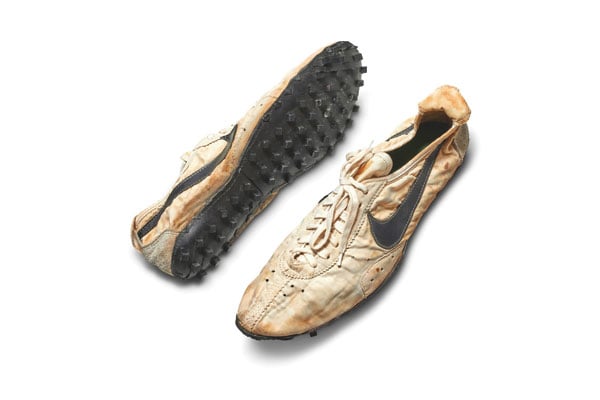 In a statement on Sotheby’s website, Nadal said, “I am thrilled to acquire the iconic Nike ‘Moon Shoes,’ one of the rarest pairs of sneakers ever produced, and a true historical artefact in sports history and pop culture.

“I think sneaker culture and collecting is on the verge of a breakout moment, and I hope Sotheby’s and Stadium Goods will continue to lead the way in this exciting new future.”

Earlier this month, Stadium Goods said that it had partnered with Sotheby’s to auction online 100 of the rarest and most prized sneakers in history.

But in a private deal, before the auction could take place, Nadal acquired 99 pairs for $850,000.

While he said that he wanted to acquire all 100 pairs, the consignor of the 1972 Nike Moon Shoe decided instead to reserve that one pair for public bidding.

All the 100 pairs now in Nadal’s possession will be displayed in his 94,000-square-foot private museum called the Dare to Dream Automobile Museum in Toronto, Canada.