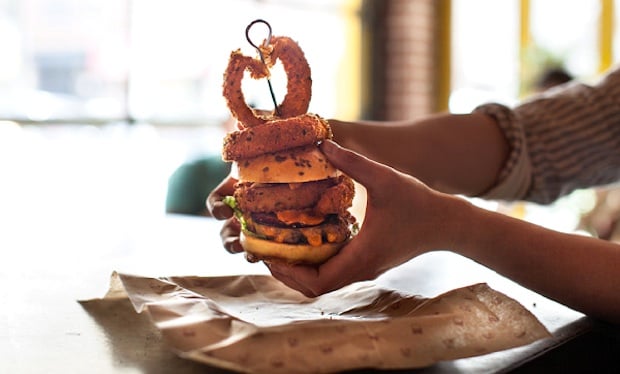 New York-based organic burger chain Bareburger will launch its first outlet in Dubai next month at the Festival City mall, it announced on Sunday.

The company also plans to soon open three more locations in the emirate, it said in a statement.

The first restaurant in Dubai has been designed by John Simeonidis Jr, co-founder and chief design officer.

“We wanted to keep the familiar look and feel of our restaurants as well build them within our typical sustainable efforts. With that said, sourcing local and reclaimed materials was very challenging,” he said.

The chain currently has 36 outlets across the US and internationally in Toronto, Frankfurt and Tokyo. Looking forward, it aims to expand across the wider GCC, a spokesperson confirmed.

Dubai is continuing to see an influx of new food and beverage operators – both local brands as well as international ones – despite high competition in the market.

There are estimated to be nearly 50 burger store operators in Dubai alone – including all the big name global brands – but operators remain bullish.

Kuwait-based Al Ghanim Industries, which recently acquired the MENA rights for global burger chain Wendy’s, confirmed that it plans a major expansion in Dubai and across the region over the next few years.

Speaking to Gulf Business earlier this year, Al Ghanim’s vice president of food and beverage Phil Broad said that 150 new Wendy’s restaurants were planned across the MENA region over the next 10 years.

A recent study by CBRE also found that F&B accounted for 20 per cent of the retail mix in Dubai and was expected to grow to around 25 to 30 per cent in the next five years.