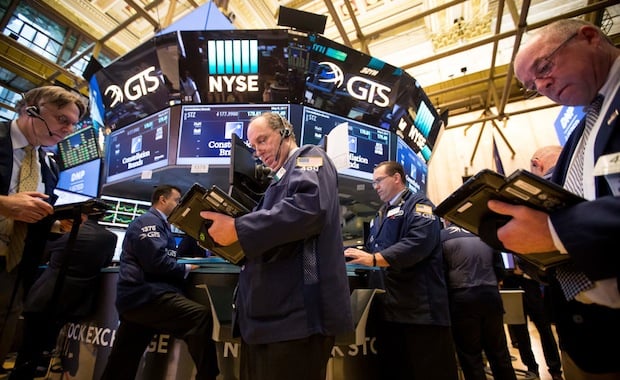 A New York Stock Exchange (NYSE) delegation will visit Saudi Arabia in late May to try to lure a listing by state oil giant Saudi Aramco, industry sources familiar with the matter said.

The visit will follow a similar trip to Riyadh last month by London Stock Exchange (LSE) CEO Xavier Rolet, as top exchanges around the world vie to win slices of Aramco’s initial public offering, expected to be the largest in history.

Aramco plans to list about 5 per cent of its shares, mostly on the Saudi stock market, the Tadawul, and the rest likely on one, two or even three international exchanges, industry sources have previously said.

Saudi officials have said the IPO, planned for 2018, will be worth about $100bn.

Both Aramco and the NYSE, which is owned by Intercontinental Exchange Inc, declined to comment.

The NYSE delegation will come to Saudi Arabia shortly after a visit by U.S. President Donald Trump, the sources told Reuters, although they said the two trips were scheduled independently and would occur separately.

Trump is expected to begin his maiden international trip in Riyadh on May 19 before travelling to Israel, the Vatican, Brussels and Sicily. He will focus on building support for the fight against ISIL.

The NYSE is the world’s largest stock market and counts oil majors like Chevron and Exxon Mobil among its listings, but faces competition from other exchanges offering regulatory flexibility and access to Asian investors.

New York, London, Hong Kong, Singapore, Tokyo and Toronto are all seeking pieces of the offering, with Hong Kong currently the frontrunner among bourses in Asia because of its strategic links to key Saudi oil importer China.

The LSE’s Rolet travelled with British Prime Minister Theresa May during her visit to Riyadh in April and joined her in meetings with Saudi economic officials in a bid to boost London’s chances.

The LSE is tweaking its rules to become more attractive, creating a new listing model that would allow large state-owned firms like Aramco to avoid the most onerous corporate governance requirements of a “premier” listing without being seen as second class.

London’s “premier” rules require firms to list at least 25 per cent of their shares, while Aramco has so far indicated it will list no more than 5 per cent.

The NYSE does not have a minimum percentage float requirement, but companies must comply with strict rules on financial disclosure and reporting methods.

No decision has been made on the venue of the listing abroad yet, but industry sources told Reuters that Saudi Arabia is now leaning more towards listing in London and Hong Kong and possibly Tokyo as favoured options rather than New York.

Strict regulations by the NYSE and legal threats after the U.S. Congress voted to allow relatives of victims of the Sept. 11 attacks to sue Saudi Arabia has created unease in Riyadh, the sources said.