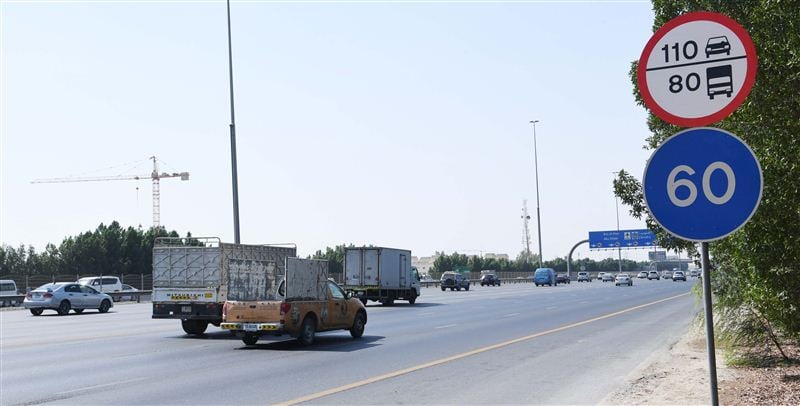 The speed limits on Sheikh Mohammed bin Zayed Road and Emirates Road have been reduced from 120km/h to 110km/h, under new regulations issued by Dubai’s Roads and Transport Authority (RTA) and Dubai Police.

The RTA and Dubai Police have already changed the speed limit signs to 110 km/h and have also modified the directional and awareness signage.

The decision has been taken as part of efforts to curb traffic accidents and enhance the safety of road users, a statement said.

The roads witness several accidents due to over-speeding, especially since the two roads witness huge volumes of heavy vehicles traffic in both directions, according to officials.

Meanwhile, Emirates Road witnessed 40 accidents during the first half of this year with 10 killed and 75 injured. Last year, the road saw 86 accidents involving 29 deaths and 147 injuries.

The current capacity of the two roads is about 12,000 vehicles per hour per direction.

“A periodic review is carried out to speed limits on some vital streets and highways in Dubai to adjust the speed limits up or down depending on the condition of the road and the surrounding environment, in coordination with strategic partners,” the statement said.