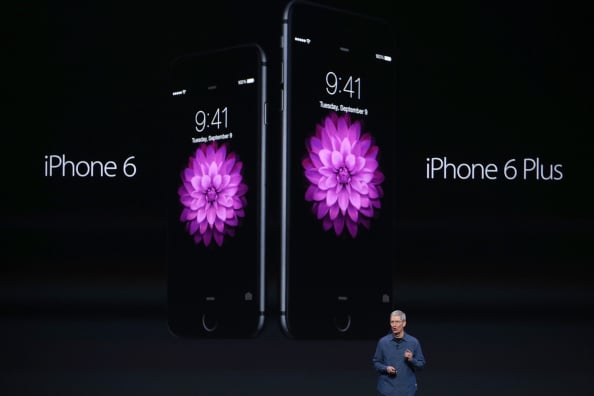 Apple’s recently launched new smartphones, the iPhone 6 and the iPhone 6 Plus have received rave reviews, with techies praising the bigger size and the added functionalities.

“A beautifully made phone that finally reaches the screen size that many have hankered for from an iPhone, without sacrificing quality,” Charles Arthur wrote in The Guardian of the iPhone 6, which has a 4.7-inch display.

He lauded the iPhone 6 for its improved battery life, “excellent camera,” and adaptations to make one-handed use easier.

Apple launched the much-hyped phones in a glittering event on September 9. The bigger iPhone 6 Plus has a 5.5-inch screen size, and both the devices are slimmer than their predecessors and include features such as an A8 chip, Touch ID, faster LTE wireless, a new 8MP iSight camera with Focus Pixels, and iOS 8 featuring HealthKit and HomeKit.

The larger iPhone 6 Plus also includes a full HD display and comes with optical image stabilisation.

The devices will also feature a new mobile wallet system, called Apple Pay, which will allow users to pay for products using Touch ID instead of debit or credit cards.

“The iOS 8 software adds a lot of key functionality – and NFC allied to TouchID has huge potential for offline and online payments,” wrote Arthur.

Joshua Topolski from Bloomberg was impressed with the speed, writing: “Apple will tell you that these are the fastest mobile devices it’s ever made, and it wouldn’t be lying. These phones scream.”

Geoffrey A. Fowler from The Wall Street Journal was also satisfied with the bigger size, writing “Now Apple has dual cures for Android envy: a bigger iPhone, and a super mega jumbo iPhone.”

Although he acknowledged that the iPhone 6’s battery life was “mediocre”, Fowler asserted that the device was “best smartphone you can buy”, praising its performance, usability, new OS and camera refinements.

Matt Warman from The Telegraph was not too happy with the new OS, saying it feels “restrictive”, and the camera, which he called “the weakest aspect of the iPhone.”

But he called the iPhone 6 the closest the company has come to a “flawless reinvention”.

“The reasons to buy an Android phone have never been fewer,” he concluded.