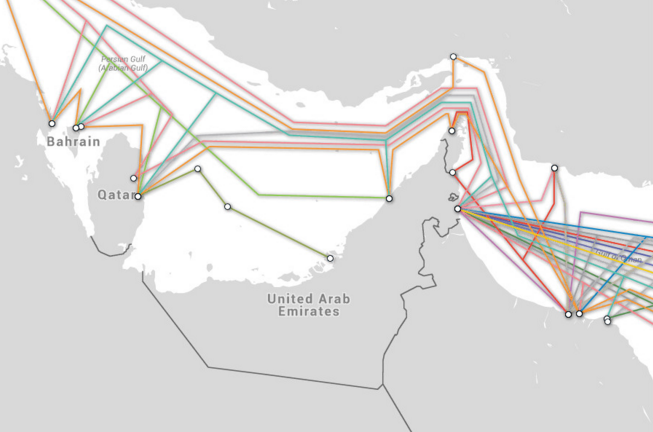 The UAE could be set for faster internet speeds and lower prices following the landing of four submarine cables in the country this year.

They will also allow the country to handle a predicted rise in data usage as technologies like 5G mobile networks are introduced by 2020.

Residents in the country have long complained about high internet prices and speeds often falling short of expectations.

But the new cables, which will stretch from Europe to the Far East, will provide the UAE with “better connectivity” with the outside world, according to Kalban.

They are believed to include:

The new additions will bring the countries total cable connections to more than 15 in total.

Kalban said the country’s bandwidth capacity would be four times the current capacity within the next 10 years.

A network of submarine cables spanning the world’s oceans forms the backbone of the internet. New cables are regularly proposed and old ones are upgraded as demand for both data and diversity to prevent outages increases.

“In case of damage, you will never have 100 per cent failure as there is a diversity in routing which will guarantee that most of the traffic is maintained at the same quality of service,” Kalban told the publication.

In the UAE a popular landing point for the cables is Fujairah on the east coast, where data is then transmitted to cities using overland cables.