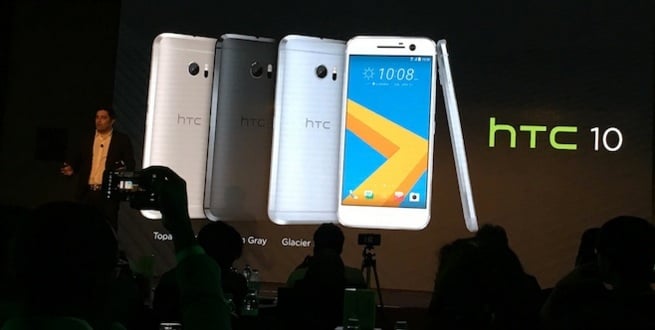 Billed as the company’s flagship device, the HTC 10 sees major improvements to its camera, audio and design.

Priced at Dhs 2,399, the device will be available in the United Arab Emirates in early May in three colours – carbon grey, glacier silver and topaz gold.

The 5MP front camera, also with OIS, has a wide angle lens and a screen flash to allow for better selfies.

In terms of audio, the device also features HTC BoomSound speakers and a new personal audio profile system that adjusts specific sound frequencies to each person’s hearing. It also comes with hi-res audio earphones worth about $90.

Powered by the latest Qualcomm Snapdragon 820 processor, the phone also has an enhanced battery which allows for two days of use without charge.

The HTC 10 has also reduced the number of duplicative and pre-loaded apps and has a new freestyle layout so that you can customise your icons and widgets.

Speaking at the event, HTC’s president of Middle East and Africa Nikitas Glykas said the company saw 40 per cent year-on-year growth in the region last year despite the “current market dynamics and increased competition.”

He also confirmed that HTC hopes to post similar growth this year.

The vendor has tied up with Etisalat in the UAE for the new HTC 10.