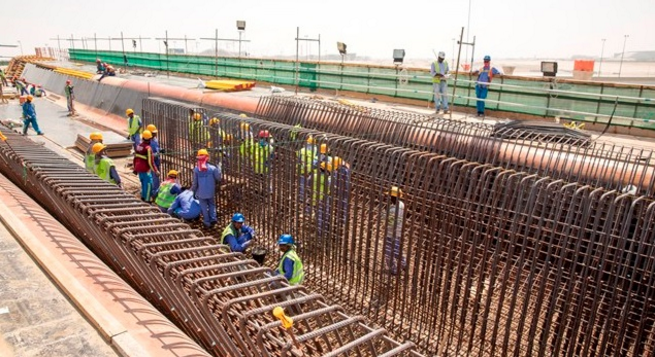 Up to 70 per cent of the work on the new road has been completed, according to Abu Dhabi General Services (Musanada), official news agency WAM reported.

The new road is expected to be completed by end of this year and is hoped to help ease traffic congestion on Sheikh Zayed Road and other highways.

Director-general of Highways at the Department of Transport Faisal Ahmed Al Suwaidi said: “The new highway will relieve the traffic pressure on the current Abu Dhabi-Dubai Road, bring down the number of accidents, connect Khalifa Port and Industrial Zone with the current and future road network.

“When complete, the project will form part of an additional road linking Abu Dhabi with Dubai and the Northern Emirates,” he added.

The eight-lane highway is an extension of Mohammad Bin Zayed Road (E311) in Seih Shuaib at the Dubai border.

The highway will also include six bridges and six underground passes, boosting safety on the road, it added.

The overall project is being developed in collaboration with Abu Dhabi’s Department of Transport.