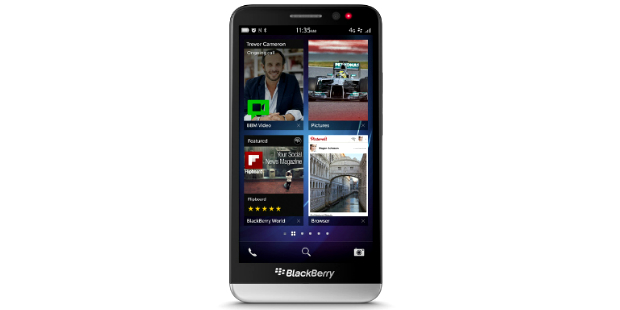 BlackBerry’s latest smartphone, the Z30, is available for sale in Dubai from Monday, September 23. Customers can buy the device, priced at Dhs2,499, from 10pm on Monday at the Dubai Mall BlackBerry store.

The phone will go on sale in partner outlets from September 24, BlackBerry said. Accessories including cases and chargers will also be available.

Billed by the Canadian manufacturer as its biggest, fastest and most advanced smartphone ever, the Z30 comes with an updated BB 10.2 software, a five inch Super AMOLED display and the largest battery yet on a BlackBerry smartphone.

The phone will face stiff competition against Apple’s new iPhone 5S, Samsung’s Galaxy S4 and other players such as Nokia and HTC.

BlackBerry’s previous flagship device, the Z10, failed to capture the market and the company is expected to post a second quarter loss of around $995 million this week. In the second quarter, the company shipped only 2.7 million BlackBerry 10 smartphones, compared to total shipments of 6.8 million phones, it said.

The Canadian firm has also announced plans to restructure operations and will cut 4,500 jobs or up to 40 per cent of its global workforce. Overall, BlackBerry is targeting to cut operating expenditures by around 50 per cent by the end of the first quarter of 2015.