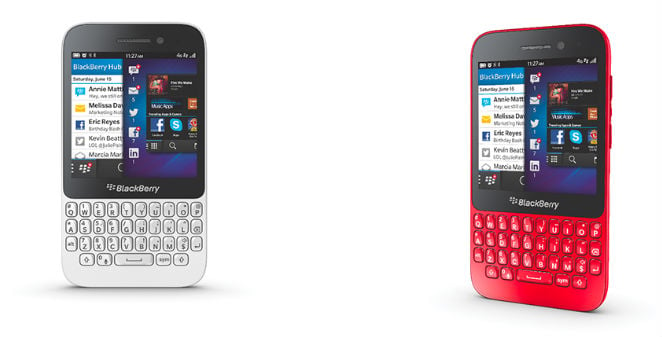 BlackBerry announced that its latest smartphone, the BlackBerry Q5, will make its global debut in the UAE on June 20. The Canadian phone manufacturer will unveil the device at the opening of its first branded retail store in the Dubai Mall on Thursday.

A limited number of the new smartphones, priced at Dhs1,499, will be available for early sale on the opening day of the store.

Customers can also pre-order the smartphone, which will be available in authorised retail stores in the UAE from next month.

The new phone comes with the BlackBerry 10.1 software and features a QWERTY keyboard, a 3.1 inch touchscreen with a resolution of 720 x 720 pixels and has front and rear cameras.

“The BlackBerry Q5 is for youthful fans that are passionate, confident and bold, and it makes it easy for them to have fun, create, share and stay connected,” said Thorsten Heins, president and CEO of BlackBerry.

BlackBerry said that it will only be releasing the phone in select markets in Europe, the Middle East, Africa, Asia and Latin America. In the UAE, it will be available in red, white and black.