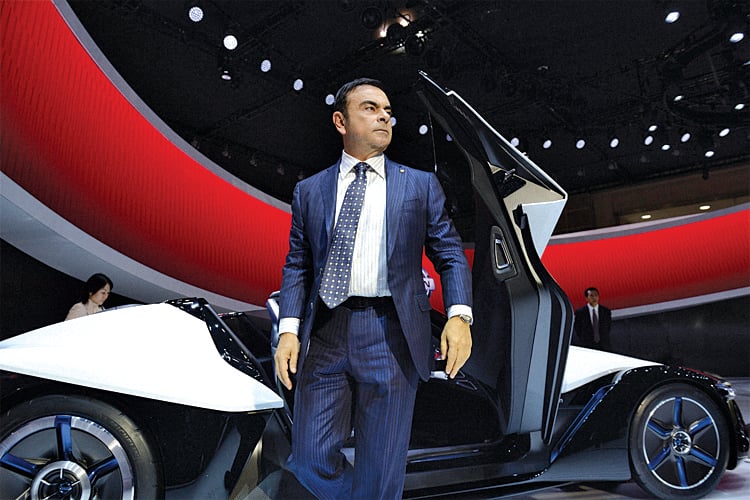 Fresh misconduct allegations brought by Tokyo prosecutors against ousted Nissan chairman Carlos Ghosn centre on the use of company funds to pay a Saudi businessman who is believed to have helped him out of financial difficulties, two company sources with knowledge of the matter said.

Prosecutors arrested Ghosn for a third time on Friday, accusing him of aggravated breach of trust in transferring personal investment losses to the automaker.

The prosecutors’ statement said they believe that around October 2008, Ghosn was trying to deal with losses on paper of 1.85 billion yen ($16.6m) incurred on a swap contract he had with a bank which it did not name.

A person helped arrange a letter of credit for Ghosn and a company run by the person later received $14.7m in Nissan funds in four instalments between 2009 and 2012, the statement said, adding that the payments were made in Ghosn’s and the person’s interests.

“By doing so, (Ghosn) behaved in a way that breached trust, and inflicted damage on the property of Nissan,” the statement said. The statement also said Ghosn had earlier sought to have Nissan shoulder the appraisal losses directly.

Ghosn’s Tokyo-based lawyer, Motonari Otsuru, was unavailable for comment on this article, according to a person who answered the phone at his law office. A representative for the Ghosn family declined to comment.

Other media have said Ghosn has through a lawyer denied that he shifted losses to Nissan and has told investigators that the four payments were for legitimate business purposes, including a reward for handling problems at Nissan dealers in Saudi Arabia.

Tokyo prosecutors declined to comment. Asked about Ghosn’s reported comments, a Nissan spokesman said: “We cannot comment on matters related to Ghosn’s arrest for breach of trust. Nissan’s own investigation is ongoing, and its scope continues to broaden.”

Ghosn’s re-arrest – the latest twist in a saga that has jolted Nissan’s alliance with France’s Renault SA – came a day after a Tokyo court unexpectedly rejected a request from prosecutors to extend Ghosn’s detention.

Unlike his previous arrests on allegations of under-reporting his compensation which he faced together with former representative director Greg Kelly, prosecutors have levelled these latest accusations against Ghosn only.

The Nissan sources with knowledge of the matter said the automaker’s investigators concluded that Ghosn was unsuccessful in his attempt to have Nissan shoulder the losses directly.

Japan’s Securities and Exchange Surveillance Commission had at some stage flagged Ghosn’s attempt to have Nissan directly shoulder the losses as illegal, one of the sources said. It was not immediately clear what the SESC deemed illegal. A SESC spokesman said he could not comment on specific cases.

Kelly was released on bail late on Christmas day but Ghosn remains in detention. After the latest allegations, prosecutors were granted permission to hold him for 10 days on December 23 and will typically ask for another 10 days, which is usually approved.

Japanese prosecutors often arrest individuals repeatedly on different allegations linked to the same case. The practice allows them to hold suspects while they pursue their investigation and also means they can continue interrogations without the presence of a lawyer.