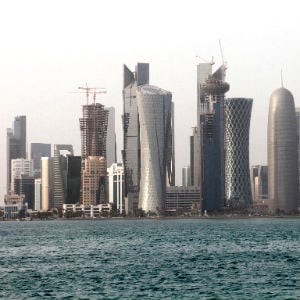 Saudi Arabia’s Islamic Development Bank (IDB) and Dallah Albaraka Group have signed an agreement with Qatar to launch an Islamic bank in Doha, according to reports.

The new bank will have a paid up capital of $1 billion, officials said during IDB’s annual conference in Khartoum.

“The three founders have subscribed to half of the new bank’s capital ($500 million),” IDB said in a statement.

“The new bank will finance infrastructure projects and offer a number of Shariah-compliant products,” Arab News quoted Ahmed Muhammad Ali, president of IDB as saying. It will also facilitate the establishment of a financial market by Islamic banks, he said.

The new bank is planning to launch branches in different countries and regions, the report said.

The idea of a mega Islamic bank in the region first came up in 2009, but the project has faced several delays since then. Although it was initially touted to be $10 billion bank, officials clarified earlier this year that it would only have a paid-up capital of $1 billion.

In February this year, Adnan Youssef, chairman of the Union of Arab Banks (UAB) and CEO of the Al Baraka Banking Group said that the new Islamic bank, expected to be headquartered in Bahrain, would be launched in 2012.

“This bank will have a paid up capital of $1 billion, of which $600 million will be subscribed by Islamic banks in the region and the rest by other financial institutions, including sovereign wealth funds,” he told the UAB’s magazine.

“In order for us to enter the market with this project, we must first get the $600 subscription, which we expect before the end of 2012..the remaining shares will also be floated before the end of the year,” he said at the time.