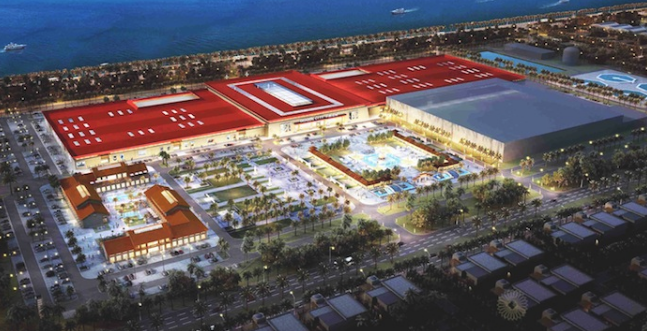 A massive new $100m Chinese-themed shopping mall has opened in Bahrain’s capital Manama, it was announced on Sunday.

China’s East Star Group also announced that it has invested a further $10m to build an 18,000 sq m storage facility at the site, a statement said.

The new mall is hoped to boost the profile of Chinese companies in the region and strengthen family tourism into Bahrain, especially from across the other Gulf Cooperation Council countries.

Chief executive of the Bahrain Economic Development Board Khalid Al Rumaihi said: “The EDB has made attracting Chinese businesses to the kingdom a top priority. As a regional tourism hub attracting millions of visitors each year, Bahrain, being a gateway to the GCC market, allows GCC visitors ease of entry into the kingdom whether through the King Fahd Causeway or Bahrain International Airport, which provides a large network of flights to and from the GCC capitals.”

The Dragon City complex also includes six multi-storey residential buildings offering 300 apartments. Work on the Dragon Apartments is complete with the first set of residents due to move in soon, the developers announced last week.

The chairman of Chinamex Hao Feng added: “Bahrain was chosen as the location for our latest Dragon City project due to the kingdom’s liberal business environment, including 100 per cent foreign ownership, low costs and competitive taxes.

“Bahrain’s location at the heart of the Gulf and its position as a regional centre for business, trade and tourism also give our tenants an unrivalled opportunity to sell their products across the region, particularly in Saudi Arabia, the biggest economy in the GCC, which is just a short drive across the King Fahd Causeway.”