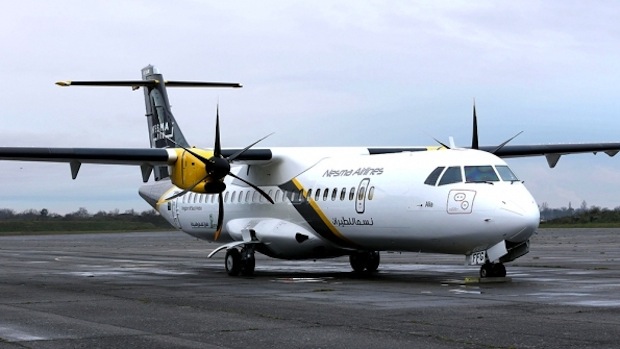 Saudi-owned Nesma Airlines hopes to become the latest carrier to launch domestic flights in the kingdom this November, according to reports.

Nesma, which currently flies between Saudi and Egypt with three Airbus A320s and one A319, plans to connect the city of Hail with 12 points around the kingdom. It plans to operate with two 68-seater ATR 72-600 turboprops and will initially fly to Jeddah, Riyadh and Dammam.

“We will build our business model at Hail in two directions – first one, direct flights to Hail; and the other one, feeder flights,” Lamloum told Al Arabiya. “We are trying to use Hail as a hub by feeding some passengers to other destinations.”

Currently, national carrier Saudia enjoys the biggest share of the country’s domestic aviation sector, with low-cost carrier flynas the only other operator in the country.

In June, it was reported that new carrier SaudiGulf Airlines was set to be awarded a national carrier licence by Saudi General Authority of Civil Aviation (GACA) following a long-pending approval process. The company completed all the necessary conditions and requirements for an AOC, GACA said at the time.

However, the airline, owned by the Abdel Hadi Abdullah Al-Qahtani & Sons Group of Companies, is yet to begin operations so far.