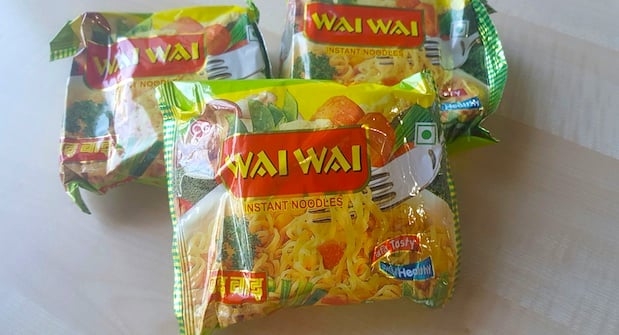 CG Foods – part of the conglomerate owned by Nepali billionaire Binod Chaudhary – is planning to open a new factory to produce its flagship ‘Wai Wai’ noodles in Saudi Arabia.

Located in Al Khobar, the factory is slated to begin operations by the second quarter of 2017.

It will employ at least 150 staff.

The company is targeting revenues of $50m from the sales of Wai Wai noodles across the GCC by 2020, it said.

The noodle brand is currently available across the GCC in retailers including the Lulu Group, Carrefour, Geant, Al Meera, West Zone, Grand Hypermarket and Ansar Gallery.

CG Foods plans to expand its market reach by appointing more distributors across the Middle East, it added.

“The plant in Saudi Arabia will cater to the entire GCC and will establish us as a major player in the region. At the moment the biggest player is an Indonesian company, and I think we will give them a run for their money,” Chaudhary told Gulf Business.

Despite high competition in the region, he remains confident about growth mainly because of the strong Nepali and Indian population in the GCC.

“We have been exporting to this market for a long time. We have a distinctly different and a very loyal customer base which we have built over the last 35 years.

“To those exposed to it, they must have Wai Wai at least once a day. It’s a cult. And people, given the opportunity, can have it three times day,” he added.

Wai Wai is currently sold in 30 countries and generates over $120m from the sales of 1.8 billion packets globally.

At present, CG Foods have six noodle lines in three locations across Nepal and seven factories in six locations across India, with a total production capacity of 2.2 billion packets per year.

Looking ahead, the company hopes to achieve global sales of more than six billion packets annually with a global market share of 5 per cent by 2020.