All you need to know about Dubai Watch Week 2019 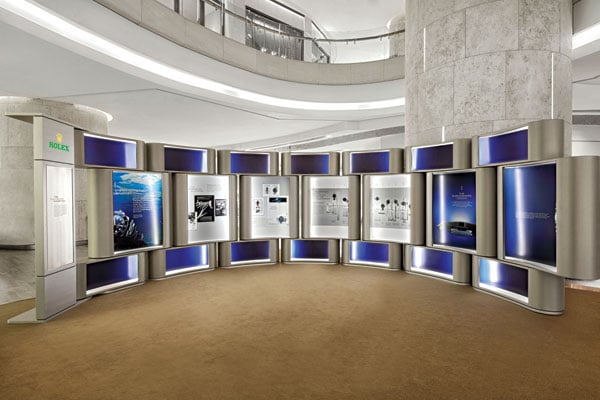 There are only a handful of top-tier luxury watch trade fairs around the world. The annual Salon International de la Haute Horlogerie (SIHH) – which will be renamed as Watches & Wonders Geneva from its next showing in April 2020 – is considered the most prestigious. It is dominated though by Richemont brands who showcase their novelties alongside a few independent brands.

Then there’s Baselworld, the world’s largest luxury watch fair, that has suffered several setbacks in recent months with the exit of major watchmakers like Breitling and Hermès, along with the entire Swatch Group and all of its sub-brands including Breguet, Blancpain and Jaquet Droz too.

Mexico City’s Salon Internacional Alta Relojería (SIAR) is the largest and most important watch fair in the Americas, but with collections focused on the Latin American market, it doesn’t have the same global appeal to international collectors as the other fairs.

Then, there’s Dubai Watch Week (DWW) started in 2015 by the Seddiqi family. Now in its fourth outing, this expo has one central purpose of its existence: education. “The idea of Dubai Watch Week came out from a concept that we always had at Ahmed Seddiqi & Sons which is to educate our clients about the watch industry. We used to arrange private tours of the Swiss brands for some of our clients and would to fly them into Geneva. We saw the effect it had on them in terms of their education, their knowledge and their appreciation for the industry. And so we decided to bring that experience from Switzerland to Dubai,” says Hind Abdul Hamied Seddiqi, Chief Marketing and Communications Officer at Seddiqi Holding.

Back in 2015, Dubai Watch Week began with the aim to focus on independent watch brands – those that didn’t have the same swollen budgets or well-oiled marketing departments as the big brands, but still had incredible stories to tell. A dedicated section at the 2015 fair was titled Rebels of Horology and featured independent brands including MB&F, Urwerk, Hautlence, Christophe Clarence, H. Moser & Cie, among others.

Three editions later, the largest selling Swiss luxury watch brand in the world, Rolex, has decided to participate at the Dubai Watch Week this year. It’s the first time that Rolex is exhibiting outside of Baselworld. The Seddiqi family has been retailing Rolex for over 65 years – the former Vice President and 2nd Prime Minister of the United Arab Emirates and Ruler of Dubai, Sheikh Rashid bin Saeed Al Maktoum, personally recommended the family to Rolex – and Rolex along with Seddiqi also opened the world’s largest Rolex boutique at the Dubai Mall last year. “The participation of Rolex in this year’s edition is a major milestone for Dubai Watch Week,” says Hind. Rolex will have a dedicated space at the Dubai Watch Week where it will be showcasing a Submariner exhibition that is being brought in from Geneva, as well as a vintage Rolex watch exhibition curated by the Seddiqi family. 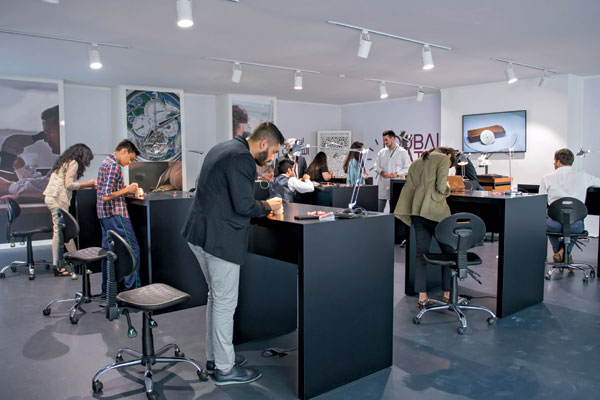 The only other watch and jewellery brand to have a dedicated space at Dubai Watch Week is Chopard, who will be using the event to showcase the launch of its most important watch collection of the year, the new Alpine Eagle.

With education being the raison d’être of Dubai Watch Week, there are three main activations during the four-day event which will be held at The Gate, DIFC including the Horology Forum, Creative Hubs and watchmaking and watch craft masterclasses. The Horology Forum consists of panel discussions by individuals from both inside and outside the industry. This year, the key speaker is veteran Jean-Claude Biver, one of the industry’s most prolific entrepreneurs who will have a panel to himself.

Apart from Biver, other industry-insider stalwarts include eponymous watchmaker Philippe Dufour, Bovet owner Pascal Raffy, and WatchBox co-founder and CEO Danny Govberg. Interestingly, the outsiders include chef Izu Ani, Hollywood actor Aldis Hodge (who has now entered the watch business), a physicist and watch collectors from the region too. “Our agenda is to show people that the watch industry is not only for watchmakers. The point of the Horology Forum is to hear and learn from people who have brought change to the industry. We’re also highlighting women across key industries in this otherwise male-dominated region,” says Hind.

The Creative Hubs meanwhile are a space for brands to crowdsource ideas for their upcoming novelties and to get their fingers on the pulse of the market. This year, brands like Hublot, Tudor, and H. Moser & Cie are expected to curate sessions at the Creative Hub which are by-invitation events attended mainly by collectors, VIP clients and members of the press. “Some of the brands use the creative hubs to research the next novelty that their clients would like to see from their brand. It’s more of a conversation that they have directly with their clients.”

While watchmaking masterclasses, some of which are open to the public through prior registration, are also a mainstay of the Dubai Watch Week, this year, the team is organizing watch craft masterclasses. “We saw that there is more interest in the crafts area rather than on the movements and mechanisms. So this year we’re showcasing not just watches but also the tools used to clean the watches and to show how they are created.”

Auction house Christie’s is also participating at Dubai Watch Week. “Christie’s has been our partner from the beginning and they’ve always added value. They’re part of the educational platform of Dubai Watch Week and will teach people about auction houses, how they work and what to bid on,” says Mohammed Abdulmagied Seddiqi, Chief Commercial Officer at Seddiqi Holding. Apart from its presentations, Christie’s will also have an on-site evaluation room where collectors can bring in their watches to be evaluated. They’ll also organize a mock auction for kids to participate in to learn the process of how auctions work.

Held under the patronage of Her Highness Sheikha Latifa bint Mohammed bin Rashid Al Maktoum, Chairperson of Dubai Culture & Arts Authority, Dubai Watch Week, says Mohammed, has been developed in line with Dubai’s objectives to position itself as an international hub for the luxury business. “By introducing Dubai Watch Week, we’ve put Dubai on the map in terms of the global watch industry. We are following the vision of His Highness Sheikh Mohammed in delivering the best in our sector for Dubai and as such, we have to conduct ourselves to the level that Dubai expects us to,” says Mohammed.

Appealing to an international as well as regional audience from Bahrain, Saudi Arabia, Oman and Kuwait, Mohammed explains the role that Ahmed Seddiqi & Sons will play during the Expo 2020 event in Dubai next year. “We will not hold another Dubai Watch Week next year as the focus of the city should be on the expo.  “We won’t be representing Ahmed Seddiqi & Sons at the expo. However, we believe in commemorating milestones of the UAE and will continue to do so for Expo 2020.”

As with all high-profile watch exhibitions, there will be novelties launched at Dubai Watch Week too. “We’re creating seven watches. The focus is to support independent brands and their craftsmanship. One of those launches will most likely be a world premiere. It’s a specific movement that we are launching and it will create a buzz not only in the region but worldwide,” says Mohammed.

However, he stresses that the exhibition is a non-commercial fair. “Most of the pieces that will be launched at DWW are pre-sold. The exhibitors know that they are here to talk about their brands, and not to sell it. We encourage brands to focus on their brand history and story and utilize this platform to connect with attendees about the latest in our industry.” That Dubai Watch Week is peaking is evident in that Hind says that there is a waiting list of brands that want to participate but haven’t been able to due to lack of space. As Mohammed adds, “We are delivering this entire event at no cost to the public attending it. Dubai Watch Week is positioned as an educational platform and is our way of giving back to the community.”

The Dubai Watch Week will take place from Nov 20-24. Attendance is free and open to everyone, though certain sessions might require pre-registration online