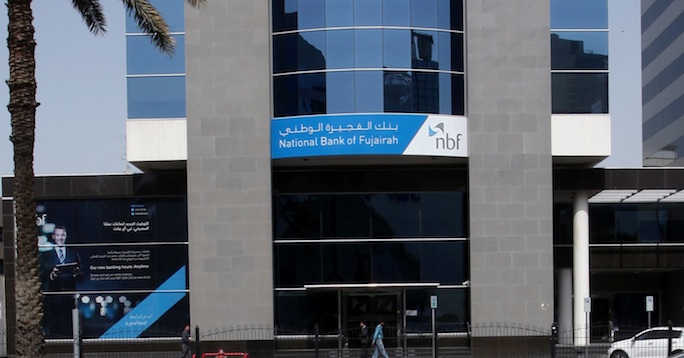 National Bank of Fujairah , which has secured credit ratings from two international agencies, may tap the capital markets in the medium term to diversify its funding sources, its chief executive said on Tuesday.

The Abu Dhabi-listed bank said in a bourse filing that it had received a Baa1/Prime-2 deposit rating from Moody’s Investors Service and a BBB+/A-2 rating from Standard & Poor’s, with a stable outlook from both.

“It is a pre-requisite for future capital market activity happening over the medium term and as part of opening up long-term funding for the bank,” Vince Cook told Reuters.

The ratings will also help the bank raise foreign currency deposits and boost its core trade finance business, he added.

NBF expects to maintain double-digit loan growth in 2014 on the back of an upturn in the United Arab Emirates economy.

“We can sustain loan growth in double digits despite margin compressions and a competitive market,” Cook said.

The lender’s loan book grew by between 17 and 18 per cent last year, he said. Most banks in the UAE are projecting loan growth in the high double digits this year.

With 14 branches across the UAE, NBF plans to add two more branches this year, Cook added.