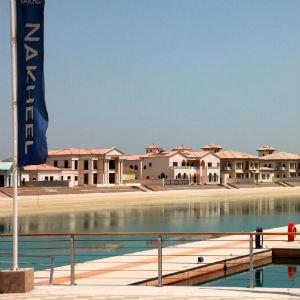 Dubai’s Nakheel Properties said that it swung to a profit in the first quarter as the developer handed over more properties and it cut costs.

Nakheel, which was at the centre of a debt crisis in Dubai in 2009 when real estate prices crashed, said it made a profit of Dhs362 million ($98.56 million) in the three months to March 31, up from a loss of Dhs36 million in the year-earlier period.

“Revenues  were mainly driven by the handover of development properties in a number of Nakheel projects,” the company said in an emailed statement.

“Other business segments including retail and leasing also contributed positively to the results.”

The developer, which wrote off up to $21.4 billion of its real estate assets due to the property crash, said it had cut costs by Dhs22 million in the first quarter, but did not provide comparative figures.

After a spectacular two-thirds collapse since 2008, Dubai house prices may finally stop falling this year, according to a Reuters poll earlier this month.