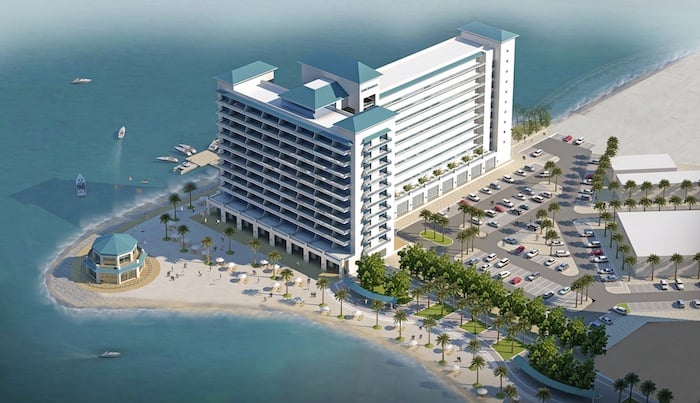 Dubai developer Nakheel announced that it is now leasing beachfront space for 17 new cafes and restaurants on Palm Jumeirah.

Azure Residences and Club Vista Mare contain more than 200 residential units between them, with beach club facilities at both.

At Azure Residences, Nakheel is offering nine leasing spaces, including a signature restaurant with 360 degree water views, while it is offering eight spaces at Club Vista Mare.

Both are located on the eastern side of the island’s trunk and are planned for completion in 2015, a statement said.

The 11km Boardwalk, a new waterfront attraction with a project value of Dhs150 million, aims to develop the crescent into a destination for walking, shopping and dining.

Construction is due to start before the end of 2014, with completion expected in mid-2016, Nakheel said.