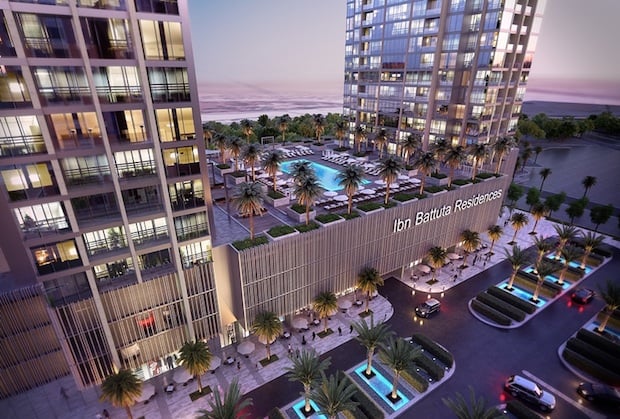 Dubai developer Nakheel has launched a new luxury twin tower residential project next to Ibn Battuta Mall in Dubai, it announced on Tuesday – the first day of the Cityscape exhibition. 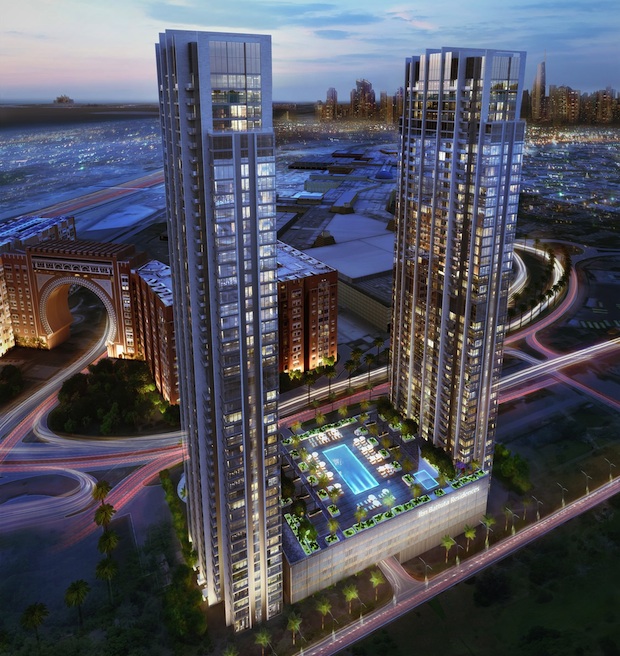 Located just off Sheikh Zayed Road, the project will comprise 395 two bedroom and 136 three bedroom apartments, some with balconies and a maid’s room.

There will also be a podium-level health and recreation complex featuring pools for adults and children, a gym and four levels of car parking with 900 spaces. 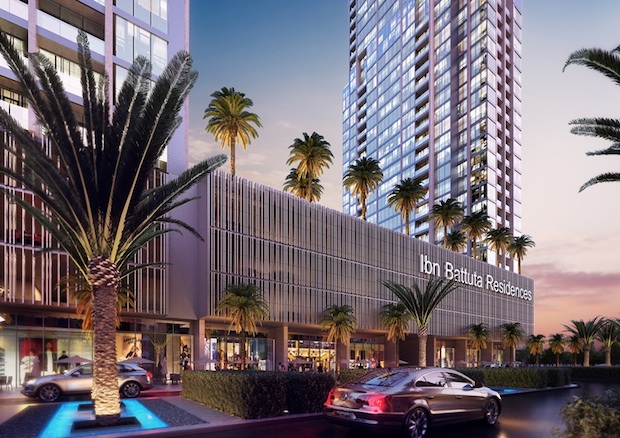 The project is anticipated for delivery in Q4 2019.

Nakheel chairman Ali Rashid Lootah said: “Ibn Battuta Residences are strategically located at one of the fast-growing areas in Dubai.

“The apartments are ideally placed for people who work at the nearby Jebel Ali Freezone or Dubai South, and, being less than an hour by car from Abu Dhabi, offer a convenient address for those who regularly travel to the capital.”

Nakheel is currently carrying out an expansion at the Ibn Battuta mall, that will increase its size to 7 million sq ft.

The phased expansion will see the addition of shops, a new cinema complex and two hotels, the first of which will open next month.

Late last month, Nakheel opened a new pedestrian link between the Ibn Battuta Mall and the Dubai Metro station as part of the expansion.

When the expansion is complete, the mall – which currently includes 400 shops, restaurants and entertainment facilities – will feature more than 1,000 shops and attractions in total.

It is anticipated to be completed by 2020.