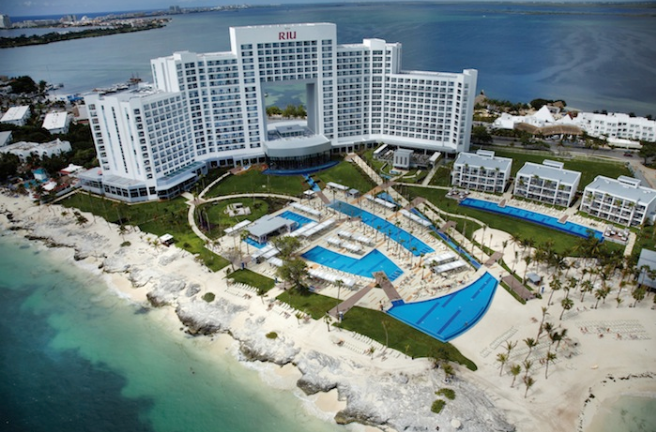 Dubai developer Nakheel confirmed that it has formally signed an agreement with Spanish hotel operator RIU Hotels and Resorts for a new resort in Deira Islands.

The planned 750-room RIU hotel has an investment value of $170m, a statement confirmed.

Nakheel first announced plans for the project in May 2015.

Slated to open in 2019, the ‘all inclusive’ resort will be RIU’s first in the Middle East. The Spanish brand currently operates over 100 hotels in 19 countries.

Nakheel chairman Ali Rashid Lootah stated: “Under this new partnership, Nakheel will proudly introduce one of the world’s biggest, most respected names in hospitality and an entirely new concept in hotel accommodation to Dubai.

“This is a major milestone for our growing hospitality business and a significant step towards creating a new range of affordable, family resort-style hotel accommodation in the emirate, in line with the government of Dubai’s tourism vision for 2021.”

The hotel will be located in Deira Islands, one of Nakheel’s large-scale projects which will add 40 km, including 21 km of beachfront, to Dubai’s coastline. Along with hotels, the development will feature the Deira Mall, a night market with 5,300 shops, a marina and an amphitheatre seating 30,000 people.

The RIU property is one of 10 hotels that Nakheel plans to develop across Dubai as part of its growing hospitality business.

Others in the pipeline include a Premier Inn-operated hotel with 250 rooms also in Dragon Mart; a 372-room Premier Inn-operated hotel under construction in the Ibn Battuta Mall area and two hotels in Deira Islands– a 500-room Avani-branded beachfront resort in collaboration with the Minor Hotel Group and a planned joint venture with Centara Hotels & Resorts for a 550-room resort and waterpark.

Nakheel is also developing a 289-room luxury hotel in Palm Jumeirah to be managed by Starwood Hotels & Resorts under the St Regis brand. The hotel will occupy the first 18 floors of its 52-storey hotel and residential tower.